Posted by plantitfilm on Wednesday, 07 September 2011 in Clean Technology 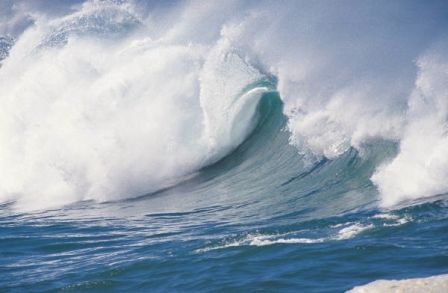 Eastport is used to being on the fringe of things – the easternmost city in the United States, a remote outpost of Maine's poorest county, and one of the westernmost communities of the Bay of Fundy, home to the world's most dramatic tidal swings.

But in recent years, this community of 1,600 has found itself at the center of an industrial enterprise that its people thought had abandoned them for good: harnessing the tides to generate electricity. Amid Eastport's abandoned sardine factories and often-empty storefronts, engineers have been testing a new generation of tidal turbines that could power the region's homes and businesses without having an adverse effect on the environment, fisheries, or the beautiful views of the forested islands of neighboring Canada.

"It's the Kitty Hawk of tidal energy," says Chris Sauer, president of the Maine-based Ocean Renewable Power Company (ORPC), which has been testing its turbines in the surrounding waters for four years. "You can go anywhere in the world and people know about Eastport."

Tidal power used to be extremely disruptive to the marine environment, as it involved damming a waterway and forcing the currents – and marine life – through conduits housing turbines. Under President Franklin Roosevelt – who summered in the area – construction started on a massive tidal project that would have dammed up local bays, probably dooming the sardine and scallop fisheries on which local people depended. Congress nixed the project for fiscal reasons, though not before a causeway had been built connecting Eastport – previously an island community – to the mainland.

The new tidal technologies are inspired by wind turbines and require no dam. The devices are mounted on the seafloor, where they slowly spin in the current, out of sight and beneath the hulls of passing vessels. Ongoing tests by the University of Maine suggest no effect on marine life, which appear to avoid the devices. 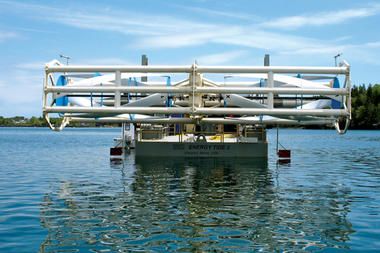