Posted by Wolf on Thursday, 16 June 2011 in Environmental Heroes

Mark Bittman: Eating Right Can Save The Planet

Mark Bittman says you can start by changing what you eat.

In his book, Food Matters, The New York Times food columnist writes about the environmental impact of industrial farming — and how individuals can make a difference by cutting down on the amount of animal products they consume.

"All industrial farming — from fish farming to chicken farming to egg and dairy farming — has an environmental impact," he tells Morning Edition's Steve Inskeep.

"There's nothing wrong with eating smaller amounts of meat," he says. "It's quite common sense that you can eliminate animal products from some of your diet." 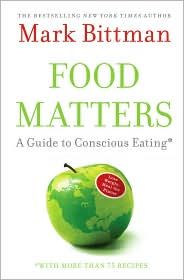 Bittman says that Americans raise and slaughter 10 billion animals each year for consumption. If we all decreased consumption of animal products by 10 percent, he says, it "would have both an environmental impact and an impact on all of our mutual health."

As for Bittman's personal diet, it used to be that he'd eat bacon and eggs for breakfast and a hamburger for lunch. But a few years ago, he changed his ways. Now, a typical day's fare might include a bowl of oatmeal with maple syrup for breakfast, fruits and vegetables for lunch, then a more "old-style" type meal — which might include meat — for dinner.

After just a few months of the new diet, Bittman says, he noticed improvements to his health: "I lost 35 pounds — which is about 15 percent of my body weight — my cholesterol went down 40 points; my blood sugar went from borderline bad to just fine; [and] my knees, which were starting to give out as a result of running at too high a weight, got better."

All of those things — and, he says, he's shrinking his carbon footprint.

"Feeling like you're changing the world," he says. "That's a nice thing, too."