Posted by EarthDude on Wednesday, 31 August 2011 in Oil Spill

The Press-Register of Mobile, Alabama discovered new BP oil seeping just a mile from the site of last summer’s debacle.  BP wasted no time at all in claiming that the oil wasn’t theirs… but the facts prove otherwise.  The fingerprint is clear, as is the location of the oil — exactly where one would expect it to be as it rose up from a mile deep.  Then there’s the use of Corexit itself, a solvent which has been banned in the UK, and proves far more dangerous than the oil itself.  Corexit is clearly implicated in the deaths of well over 100 dolphins this spring — an that’s only those who made it to the beach to be counted.   Think back on the way that BP tried to cover up the damage and dodge responsibility at every opportunity.  It’s clearly time to change the way that oil companies are monitored, and the way that their messes are cleaned up. 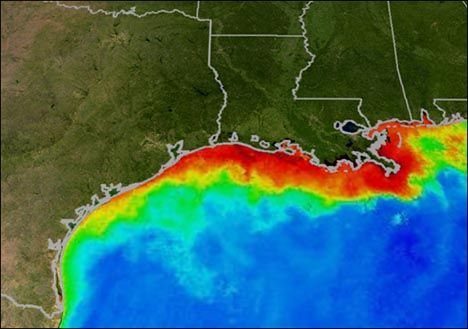 With the clear understanding that removing a natural resource for personal/corporate profit is decidedly a privilege and not a right, Protect The Ocean calls upon Congress to impose the following procedures and processes on ANY oil drilling,  (and especially those occurring under water):