Posted by EarthDude on Tuesday, 14 June 2011 in Fossil Fuels 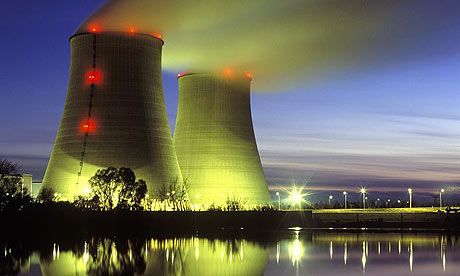 As America struggles down the road toward a coherent energy policy that focuses on a higher degree of self-reliance, policymakers face numerous issues and realities. These include: the finite supply and environmental impact of fossil fuels, the feasibility and costs to implement a widespread switch to renewable energy sources, and the variables that lead to consumers' preferences for particular types of power generation.

They also need to find and employ tools to effectively communicate such a policy to a range of constituencies. 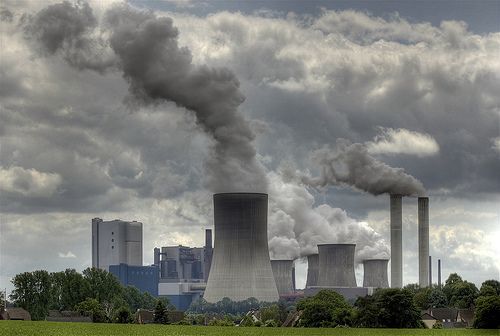 When it comes to traditional energy sources, coal, with its attendant air pollution and link to global warming, and nuclear power, with the potential for radiation-spewing accidents, such as befell Japan's Fukushima's Nuclear Power Plant, remain two of the most controversial.

Professor Michael Greenberg, who studies environmental health at Rutgers' Edward J. Bloustein School of Planning and Public Policy, and Heather Barnes Truelove, a postdoctoral fellow at the Vanderbilt Institute for Energy and Environment have researched consumers' attitudes toward these two energy sources. Both are members of the Consortium for Risk, Evaluation with Stakeholder Participation (CRESP). Their recent article in the journal Risk Analysis examines Americans' risk beliefs and preferences for coal and nuclear energy, and finds factors other than global warming and the potential for nuclear power plant accidents figure into their choices.

The U.S. Department of Energy funded the 2009 landline telephone survey of 3,200 U.S. residents -- 800 selected randomly and 2,400 who lived within six, 100-mile-radius regions containing many nuclear and coal-fueled electricity generating and waste management facilities. The study was to learn the association, if any, between some common risk beliefs about coal and nuclear energy and consumer preferences; if global warning and serious nuclear power plant accidents were the strongest risk beliefs associated with preferences; and the characteristics of "acknowledged risk-takers" who were aware of the sources' shortcomings yet wanted to increase reliance on them. The response rate to the survey was 23.4 percent.

The research followed an earlier survey by Greenberg that measured public preferences for various energy choices and their associations with respondent demographics and also trust, among other correlates. Due to widespread media coverage (and dramatized accounts) of global warming and the accidents at Chernobyl and Three Mile Island, it was expected these two factors would be the "signature risk beliefs" about coal and nuclear power, respectively.

In the second study, the researchers investigated five sets of characteristics for respondents: age; the role of cultural, social and political identity; the effects of values about the environment and trust; respondent location; and risk beliefs about coal and nuclear energy.

Results from the total sample showed that about 25 percent of participants wanted to increase reliance on coal and 66 percent preferred to decrease dependence on it. The analogous proportions were 48 percent and 46 percent, respectively, for nuclear. Belief that coal use causes global warming, as expected, was related to preferences for coal, but, for example, ecological degradation was a slightly stronger correlate of coal-related preferences than global warming. With regard to preference for use of nuclear energy, there was a strong correlation with the possibility of a nuclear plant accident, but other risk beliefs, such as about nuclear waste management, nuclear material transport and uranium mining had just as strong or stronger relationships with preference for increased reliance on nuclear energy.

About 30 percent of respondents favored increased reliance on nuclear energy, despite admitting the possibility of a serious accident. About 10 percent favored greater reliance on coal, while acknowledging the fossil fuel's role in global warming. The strongest correlates of the two groups were socioeconomic status and race/ethnicity. The acknowledged nuclear risk-taker group was affluent, educated white males, and the coal group was relatively poor, less educated African-American and Latino females. The three consistent factors across both groups were older age, trust in those who manage energy facilities and the belief that energy facilities help the local economy.

The authors conclude their findings have a role to play in the formulation of a national energy policy because they show "one or two simple messages that attempt to persuade the public to change its preferences for or against specific energy sources are unlikely to succeed, especially if the public has a negative image of the source." More important, regardless of the existence of subpopulations with specific views about energy sources, "The United States needs a clear and comprehensive energy strategy that addresses the energy life cycle, beginning with securing the energy and transporting it, then to producing and transmitting the energy, and managing the wastes."