Posted by GreenDog on Tuesday, 07 June 2011 in Animals

Thinking About Animals By Tom Boyd

I enjoy a good steak. Also chicken, fish, and the occasional pork or lamp chop. Red meat in moderation, to be sure, and not enough fish, but I’m moving in the “right” direction on these matters. I have respect and appreciation for vegetarians, or vegans, but it is not a path I choose. The model I want to try to follow is Mark Bittman’s formulation of mostly fruits and vegetables, grains, etc., with an occasional modest helping of meat. 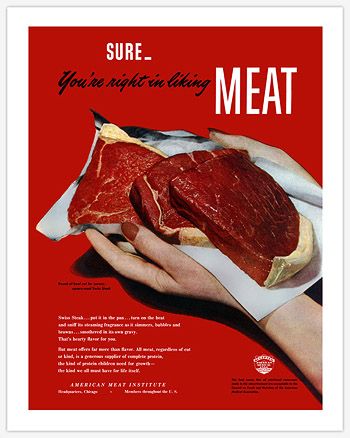 Bittman (the author and food writer) got me thinking about all this again yesterday, in his Op Ed piece “Who Protects the Animals?” He reports on the awful slaughter of cows that were allegedly victims of frostbite and in bad shape. But the kicker is that people who attempt to document (videotape) apparent animal cruelty could be punished under new laws against spreading words or images about it. They’re called “ag-gag” laws, and they are one more idiotic and nonsensical barrier to the humane management and treatment of animals, particularly those destined for the dinner table.
After all, we go out of our way to cherish some species (e.g. putting them on endangered lists, creating protected zones) but as yet we have little or no similar interest in the humane treatment of animals raised for food. There are California’s giant kangaroo rats and Arizona’s Hualapai Mexican voles and pygmy rabbits on the list of species with endangered status, hence protections. There are no similar protections for Cornish-Rock crosses (poultry farm chickens), or Beefmasters (Brahman-Shorthorn-Hereford cattle). These animals are raised to be food for other animals, namely humans.
Federal laws about treatment of animals only kick in at the slaughterhouse, according to Bittman. We are left with state laws to impact on how animals on farms are treated. Well, how should they be treated? There’s a blueprint of sorts in Temple Grandin’s wonderful “Animals Make Us Human,” in which she lists the five freedoms animals should have: free from hunger and thirst, from discomfort, from pain and disease, freedom to express normal behavior, and freedom from fear and distress. Grandin’s 30 years in animal science have taught her a lot about the impediments to those freedoms. And it’s no surprise that one of the obstacles is human attitude. “To be a good stockperson,” she says, “you have to recognize that an animal is a conscious being that has feelings, and some people don’t want to think of animals that way.”
Some people do. Animal Welfare Approved (AWA) is an organization that grants its “seal of approval” to meat, dairy and egg products that come from farms practicing “the most rigorous and progressive animal care” in the country. Their website (www.animalwelfareapproved.org) lets you enter your Zip code and find certified restaurants, store and butchers as close as a mile from your home. I checked - there are 15 restaurants within a mile of me that meet AWA standards. There’s a purveyor at the Union Square Market selling AWA approved beef and eggs. So far, no grocery store listed. But it’s a start, and there are other certifying organizations looking at the conditions under which farm animals are raised, handled, and sent to market. It’s ironic. When we want to characterize awful human behavior, rotten reprehensible lowlife behavior, we say the people acted “like animals.”  But animals don’t act  like lousy people. They act pretty much like what they were made to be. Of course, we have messed with their essential natures for our own purposes and commerce, and that’s an unhappy consequence of our “dominion.” What I’m thinking about our animal companions on this planet is that they are worth some consideration, even if they are intended to nourish us. That simple act of giving a moment’s thought ought to be one of the things that distinguishes our species.