Posted by bchristo on Thursday, 25 August 2011 in Uncategorized

You might have heard about the story of Raquel Nelson — nearly a year ago, her 4 year-old son was killed by a drunk driver as they crossed the street with the rest of their family. Nelson and her daughter were injured, too. The drunk driver ended up serving six months of prison, and was released, despite having two prior hit and run violations on his record

Nelson, meanwhile, was charged for manslaughter because she failed to use a crosswalk that was a third of a mile away. She faces up to three years in prison. 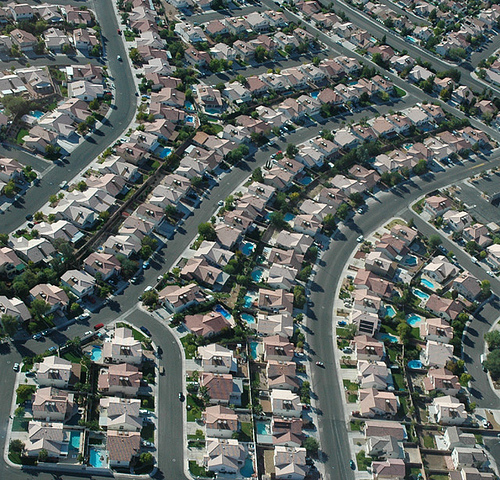 Outrageous absurdities abound in this case — punishing a mother more than the killer chief among them — but there’s one that hasn’t gotten due attention. And that’s the absurdity of building and maintaining communities in which it’s not only difficult to walk, but downright dangerous to do so — and then favoring the drivers within the legal system. As Grist’s Sarah Goodyear points out, bad city design literally kills.

Here’s what happened that day: Raquel Nelson, a single mother living in Georgia, didn’t own a car. She used public transportation to get around. That day, she’d taken a series of buses to do errands for her family, her three young kids in tow. At the end of the day — after a number of transfers and waiting for buses that come infrequently and unreliably — the last bus dropped her and her kids off at the stop closest to her home.

Nelson lived in the neighborhood right across the street, but that street happened to be a relatively busy four lane road. But the nearest crosswalk was a third a mile down the road — meaning they’d end up adding nearly an entire mile in order to circumnavigate the road as per the community’s design. The kids were tired, and it was getting dark — would you blame her for crossing that street, if you didn’t know what was going to happen next? She’d done it safely hundreds of times before.

But this time, a speeding, out-of-control driver (he was also on pills and legally half-blind), slammed into the family.

And yet our society still allocates an equal amount of blame to the mother. Do you see what’s perverse about this? The system is penalizing a woman for failing to successfully evade a speeding car. Despite there being no good way for that woman to navigate her community without a car — the implication here is that you can be punished for not having one. All this despite the fact that we’re told to ingrain the mantra ‘Driving is a privilege, not a right’ into our heads when we apply for our drivers’ licenses. Our society indeed treats driving like a right.

The other implication is that you shouldn’t be poor, either — Nelson was convicted by a jury of six middle class white women who admitted to never having ridden public transportation a single time in their lives. They would never have led their small kids across a four-lane street without a crosswalk. But they’ve never been without a car, either.

There have been a ton of good articles written about how this is a case where we’re seeing the criminalization of walking, and how the true culprit is bad design. But the bad design stems from an attitude that idealizes the car, and seems incapable of imagining society without it — and that of course comes from a wildly successful, century-long marketing push by carmakers that has more powerfully re-ordered our society than perhaps any other consumer product. ‘Marketing push’ seems inadequate to describe such an influential, decades-spanning force, but that’s essentially what it is — and it continues on today.

And the results are savage: If you’re unfortunate enough to live in the suburbs, smaller city, rural town, or any of the many places that don’t have adequate public transit without a car, you face a daily onslaught of obstacles in order to get through a world filled with speeding steel vehicles — and any shortcut you might take you do at your own peril. Both physically and legally.

If you step back from all the ‘car-first’ ideology — easier said than done, as this is the America most of us were raised on — it seems like a truly absurd, almost surreal way to run a society. Forcing anyone who can’t afford an expensive car to live in the margins — in danger — is downright cruel. And that’s why it’s so important that we begin truly focusing on updating faltering public transit systems, ensuring that communities have safe, accessible pedestrian paths and ample sidewalks, and re-examining laws that have come to unfairly favor motorists. Especially as rising gas prices threaten to leave even more suburbanites stranded and without reliable access to cars.