Posted by henryfool on Sunday, 22 May 2011 in Clean Technology

CO2 to Make Fuel: A Long Shot for Green Energy

What if the ever-increasing amounts of carbon dioxide that are heating up the atmosphere could be used to produce an abundant supply of liquid fuels? The U.S. government and private labs are pursuing that Holy Grail of renewable energy — but for now the cost of large-scale production is prohibitive. 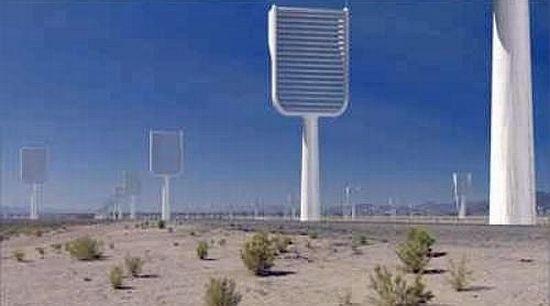 A novel experiment is taking place in the Princeton University lab of chemist Andrew Bocarsly. Like a battery, the experimental device has two poles of charged materials resting in a bath of chemical-laced water. A small tube bubbles carbon dioxide into the device, called a cell. The CO2 interacts with the charged metal coating one of the poles and, with the help of a special catalyst, begins to form bigger molecules that combine carbon, hydrogen, and oxygen atoms.

These bigger molecules have a more common name: hydrocarbons, the molecules that make up the fuels that power the modern world — coal, natural gas and oil. And what Bocarsly and his colleagues have done is essentially reverse combustion: they have taken the byproduct of burning fossil fuels — CO2, the greenhouse gas most responsible for climate change — and transformed it back into a fuel suitable for burning.

“The dominant thinking 10 years ago was that we should bury the CO2,” Bocarsly says. “If you could efficiently convert CO2 into something that was useful you wouldn’t have to spend all that money and energy to put it into the ground. You could sort of recycle it.”