Posted by Wolf on Sunday, 11 March 2012 in Environmental Heroes

In today’s Washington Post, it was revealed that the Federal Bureau of Investigation (FBI) has been investigating peaceful climate and anti-fracking activists as a threat. In response to anonymous complaints Rising Tide North Texas, a part of the Rising Tide North America network, has been the subject of an ongoing FBI investigation. The FBI has visited and called for an interview Rising Tide organizer, University of North Texas (UNT) student and a marine veteran of the Afghan war Ben Kessler, as well as UNT philosophy professor Adam Briggle.

“If all I have done to be investigated as a threat is to peacefully express my opinions, then we are in serious trouble,” said Ben Kessler. “Activism is not terrorism. The only dangerous threat in North Texas is the threat that hydro-fracturing, or “fracking,” has on the health and lives of the residents of our communities.”

Here is the article: 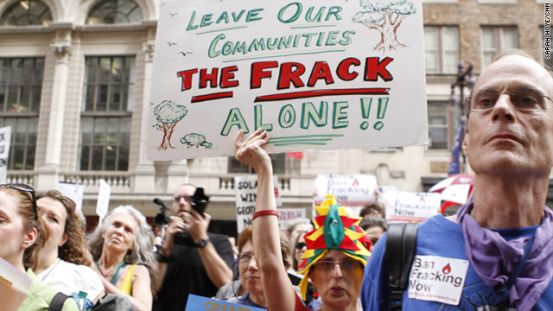 Ben Kessler, a student at the University of North Texas and an environmental activist, was more than a little surprised that an FBI agent questioned his philosophy professor and acquaintances about his whereabouts and his sign-waving activities aimed at influencing local gas drilling rules.

“It was scary,” said Kessler, who is a national organizer for the nonviolent environmental group Rising Tide North America. He said the agent approached him this past fall and said that the FBI had received an anonymous complaint and were looking into his opposition to hydraulic fracturing, also known as “fracking.” The bureau respected free speech, the agent told him, but was “worried about things being taken to an extreme level.”

Even as environmental and animal rights extremism in the United States is on the wane, officials at the federal, state and local level are continuing to target groups they have labeled a threat to national security, according to interviews with numerous activists, internal FBI documents and a survey of legislative initiatives across the country.

Iowa Gov. Terry Brandstad (R) signed a law this month, backed by the farm lobby, that makes it a crime to pose as an employee or use other methods of misrepresentation to get access to operations in an attempt to expose animal cruelty. Utah passed a similar bill, nicknamed an “ag-gag” law, on Wednesday. Last month, Victor VanOrden, an activist in his mid-20s, received the maximum sentence of five years in prison under a separate Iowa law for attempting to free minks from one of the state’s fur farms.

At the same time, though, acts that might be defined as eco-terrorism are down. In recent years, the broad definition has included arson, setting mink free at fur farms, campaigns to financially bankrupt animal testing firms and protests in front of the homes of some of those firms’ executives.

Michael Whelan, executive director of Fur Commission USA, estimated that in the 1990s “there were close to 20 attacks per year on our farmers” and that since 2003 there have been fewer than two attacks a year on American mink farms.

One is their successful prosecutions of several activists, in particular the 15 convictions in 2007 for members of the Earth Liberation Front. The national sweep of radical environmentalists was chronicled in the Oscar-nominated 2011 documentary “If a Tree Falls.” Not only did several ELF members get long prison sentences — Stanislas Meyerhoff got 13 years — but also many activists testified against others to get lighter punishments.

“That’s had an impact on the movement as a whole,” Weller said.

The second factor is that environmental and animal rights activists may view a Democratic administration as more sympathetic to their goals and be less inclined to take radical steps.

“Obviously if you think there is going to be support for your position, you’re going to use legal means rather than illegal means,” Weller said.

Despite the decline in activity, the level of scrutiny has continued, say several who track state and federal enforcement.

“There’s been very little change under the Obama administration,” said Will Potter, author of the book “Green is the New Red: An Insider’s Account of a Movement Under Siege.” After factoring in several state initiatives on top of federal enforcement, Potter said, “The political climate as a whole has gotten a lot worse.”

In the past few years FBI agents have suggested District police monitor animal rights protests outside the Vanguard Group’s offices downtown because of its investment in a controversial animal testing facility, and they have mined a Web site, the North American Animal Liberation Press Office, for hints on upcoming activities, according to FBI documents obtained by Ryan Shapiro, an animal rights activist, through a series of Freedom of Information Act requests and other contacts.

The police chief in Moscow, Idaho, said in an interview that he discussed with FBI agents the repeated protests aimed at blocking the shipment of equipment Exxon Mobil and other firms are using to extract heavy crude in Canada’s oil sands.

Some say the broad definition of domestic terrorism the FBI uses contributes to the number of investigations. According to its 2002-05 terrorism report, “A terrorist incident is a violent act or an act dangerous to human life, in violation of the criminal laws of the United States, or of any state, to intimidate or coerce a government, the civilian population, or any segment thereof, in furtherance of political or social objectives.”

As a result, any act aimed to intimidate an individual or corporation that has a political or social goal qualifies.

“We have to respond to every threat that’s been called into our office,” Weller said.

For example, the FBI agent, David Rogers, told Kessler he started looking into him after receiving an anonymous tip. Rogers, along with a Dallas police officer, also approached Kessler’s philosophy professor, Adam Briggle, last month. Briggle, who chairs a citizens advisory group aimed at imposing new restrictions on rules governing gas drilling in the Denton area, said the two men spoke to him for half an hour about subjects including his course syllabus and the line between civil disobedience and terrorism.

“I don’t know how law enforcement works, but it seemed like a total fishing expedition to me,” Briggle said, adding that when they discussed the controversy surrounding fracking, “they pointed to the Pacific Northwest and how there’s a culture up there of eco-terrorism, and they wanted to keep it from spreading down here. . . . To have the FBI come in here and interrogate me as an academic, it was pretty off-putting.”

The FBI will not comment on open investigations. Domestic terrorism section chief Stephen Bucar said extremist groups “like those affiliated with environmental and animal rights have committed numerous criminal acts in the United States resulting in damages costing multimillions of dollars. Operating within our legal authorities, the prevention and detection of these criminal acts prior to their fruition is our objective.”

Several oil and gas companies contacted by The Washington Post would not comment on measures they take to address eco-terrorism, possible threats, or their conversations with federal authorities about eco-terrorism. One industry source familiar with intelligence matters who for security reasons asked not to be identified, said that when it came to possible acts of eco-terrorism, “it is in our conversations. It’s a world we live in.”

Shapiro questioned this surveillance. He and four others are suing the federal government on the grounds that the American Enterprise Terrorism Act has a chilling effect on free speech, since they are now intimidated from “documenting conditions on factory farms so [consumers] can make informed choices about if they want to continue to pay people to abuse animals on their behalf.”

Shapiro helped expose the force-feeding used to produce foie gras in the United States, sparking a ban that will take effect in California in July, and is writing his PhD dissertation at the Massachusetts Institute of Technology on the use of a national security justification to curb animal rights activism.

Patti Strand, founder and chairman of the National Animal Interest Alliance — which represents animal businesses including egg farmers and dog breeders — said Americans might underestimate the impact of “things that stop short of actually maiming people and seem trivial after the fact. But if you’re a recipient of it, it’s life altering.”