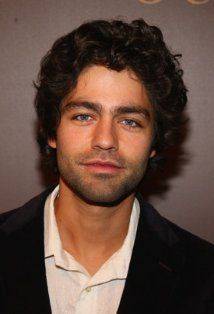 In addition to previewing a new sustainable food lifestyle app at the festival, the former Entourage star is also hosting music lineups at venues during the week to promote his Wreck room music project.

The Food Tripping app, due to launch on Earth Day April 22, lets users find sustainable food options on-the-go and in the car. Everything from The app farm-to-table restaurants and organic grocery stores to produce stands and juice bars. Theres often a saturation of information and a lot of times companies can buy their way through the clutter," Grenier says. "What this tool is, is a filter to cut through all the clutter and find the best food wherever you are."

Two years ago, Grenier started sustainable lifestyle multimedia company SHFT.com with film producer Peter Glatzer. About a year ago, they began working with Ford on the Food Tripping app, so that it would be compatible with the car company's Sync Applink system. So by year's end, drivers will be able to use Food Tripping with their voice.

"We travel a lot and it just seems so obvious to us. Consumers are more aware and conscious of restaurants that might serve organic local fare," says Glatzer, who along with Grenier spoke about social causes in a Monday panel. "We thought this would really be a wonderful tool that personally we all felt we could use."

Already the app has more than 50,000 entries, with 100,000-plus expected by its launch. And users can also recommend spots to be added.

In addition to introducing the bands Monday night, Grenier played a couple songs onstage, too. "We make it our business to have a presence wherever people are having fun, enjoying life and connecting to one another through art, culture and music," he says. "Certainly, SXSW is a mecca for all of that. The technology element is exactly where we want to be. The only problem with South By is trying to get some sleep."

Original article can be found here