Posted by EarthDude on Wednesday, 21 August 2013 in Agriculture

Crops To Take Nitrogen From The Air 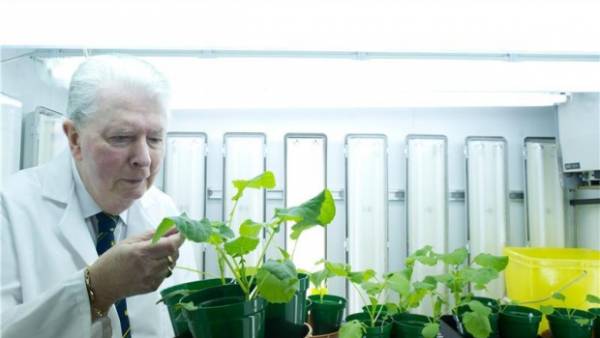 A potentially “world-changing” technology has been developed by researchers at the University of Nottingham — a means of enabling any type of crop to take nitrogen from the air. In other words, an effective means of phasing out expensive and environmentally damaging nitrogen fertilizers.

As it stands now, most crops are dependent upon nitrogen fertilizers, as they are unable to “fix” their own nitrogen from the air, as some plants/crops do (legumes mostly). Legumes possess the ability to fix nitrogen from the atmosphere thanks to the nitrogen fixing bacteria that live within them. So if plants that are able to fix their own nitrogen possess that ability as a result of bacteria, what’s stopping the development of techniques/bacteria to provide that ability to other crops? That’s the question that the researchers have now provided an answer to: Not much.