Posted by Wolf on Wednesday, 01 January 2014 in Climate Change

Can The Past Teach Us About the Future of Climate Change? 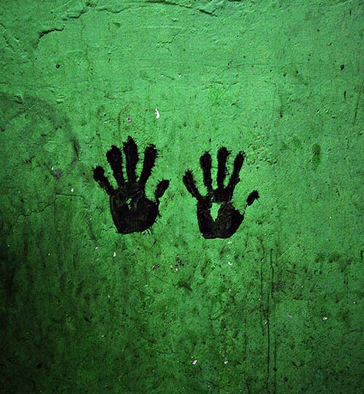 High on the icy, windswept plateau of East Antarctica an international team of scientists is about to assemble a time machine. First stop: back to the era when Christ was born.

If all goes well, the Australian-led team hopes to eventually retrace one-million years of atmospheric history by drilling deep into the ice in a costly and difficult project. No one has gone back quite so far but the achievement would be a scientific scoop that could help solve the mystery of why the cycle of ice ages has slowed.

And most importantly, scientists hope that by revealing the past we will get a better grasp on how global warming will affect the climate of the future.

The mission is to drill deep into the ancient ice to extract air bubbles that have literally been frozen in time. That rare air can tell scientists important details, such as the levels carbon dioxide (CO2) and volcanic ash in the atmosphere over the years.

In a competing project, China hopes to be first in this great race to the past with a drilling program for million-year-old ice at another part of East Antarctica. The Europeans tried first and retraced back about 890,000 years.

Although the ice is more than four kilometres deep in places in East Antarctica, finding ice at least one million years old has become a global challenge because of the immense cost and logistics.

In a matter of days, the Australian-led team will start assembling their drill site at Aurora Basin, about 3,000 metres above sea level and about 550 kilometres inland from Australia's Casey research station on the Antarctic coast. The small Danish drill will bore into ice that is among the deepest in the world at about 4.2 km.

The cores are sliced in sections about one-metre long, within initial focus on climate from the relatively recent past of some 2,000 years ago, around the dawn of Christianity. The team, jointly funded by the United States, Denmark and France, plans to initially drill down to 400 metres to extract a detailed climate record of this period -- something that is rare in the Southern Hemisphere but crucial for accurate climate analysis.

FILLING IN THE BLANKS

"When you go back into ancient ice, you are getting a true measure of global CO2 levels," said Mark Curran from the Australian Antarctic Division in Hobart, Tasmania.

Curran, science leader for the project, said the ice cores can fill in the blanks about the climate and bolster the analysis from tree rings and deep sediments that scientists have used to estimate how the atmosphere has changed over time.

The six-week drilling window from mid-December to January is dependent on nearly 30 tonnes of equipment that has to be hauled across the ice by tractors. (See the blog by the scientist Tas Van Ommen). Once in place, the drill will extract small cores to be analyzed in Australia and elsewhere, which will take several years.

Curran said there were plenty of ice cores that go back tens or hundreds of thousands of years but the analyses were not detailed enough to get a proper picture of the climate in recent years.

"The resolution we really need is annual resolution over the last 2,000 years because it gives a significant baseline of natural variability of climate over that period of time," he said in an interview.

This period includes climate epochs that are well known in the Northern Hemisphere, such as the Medieval Warm Period and the Little Ice Age. "Were these truly global events or were they just localized European phenomena or North America phenomena?" he asked.

He said the $10 million project could last about five years. After that, phase 2, costing upwards of $50 million, will go for the prize of million-year-old ice.

The quest for ancient ice has become a major international focus for polar scientists who want answers to a planetary riddle, one that could help us better understand what drives major changes in the world's climate.

Between 1.2-million and about 800,000 years ago, there was a switch from 41,000-year ice age cycles to the 100,000-year cycles we're in now, said Curran. The exact reasons for the switch are not known but some scientists suspect greenhouse gases played a role. The only way to find out is to drill an ice core that captures the picture of the atmosphere before the Earth switched to a slower beat.

"The key question is, what did the CO2 do during that period? Did it beat to the same rhythm as temperature or was it different?" Curran said.

So far, only the Europeans have come close to extracting million-year-old ice. Drilling at a site in East Antarctica called Dome C at 75 degrees South, they reached back nearly 900,000 years at a depth of about 3.3 kilometres.

China has recently started drilling at Dome A at 80 degrees South and a recent analysisreveals the site could potentially yield ice 1.3-million years old.

An American ice-core project in West Antarctica reached a final depth of 3.4 km at end of 2011 and extracted ice estimated at 68,000 years old from a region of much younger ice.

Curran believes the area around Aurora Basin holds the oldest ice. The trick is finding exactly where it is because the deepest ice is not necessarily the oldest.

A study published in early November in the journal Climate of the Past highlighted spots in East Antarctica where ice as old as 1.5-million years might be extracted from the depths.

"It doesn't always hold that deeper or thicker ice is older because of the way ice flows and because of the accumulation rate at the surface and the topography at the bottom," Curran said, adding there was melting at the bottom of the ice cap because of warmth from the earth's crust.

"So it might be on the margins on the deep ice that we find where we think the oldest ice is and maybe we only have to drill to 3 km or 2.5 km instead of 4 km," he said, which could speed up the quest. Ice-penetrating radar has also become a major tool in finding the best spots to drill given the mountains and valleys that lie buried under the thick, and shifting, blanket of ice.

Curran said drilling for million-year-old ice wouldn't begin for at least another six years at Aurora Basin and that the project needed a lot of investment to support the creation of a new base at the site as well as logistics support and perfecting a new drill.

Drilling would also likely take a further five years during each summer, making the quest more than a decade in the making.

Curran was diplomatic when asked if he was in a race with the Chinese and others, saying it was better to have several cores to analyze and cross-check the climate data.

"But, having said, if you happen to be the one who holds the first piece of ice that is one million years old, that is pretty cool."