Posted by stringer on Friday, 07 February 2014 in Water Conservation

California Considers From Toilette to Tap? 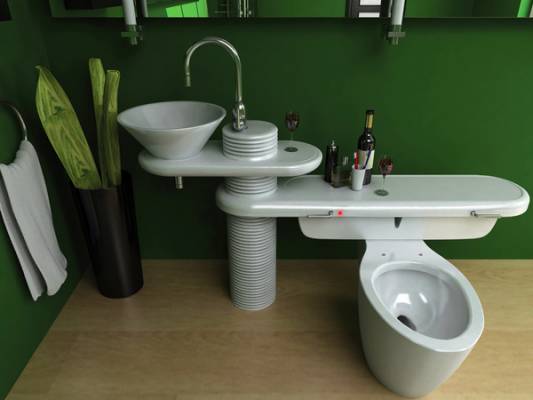 The recent spritz of rain notwithstanding, California is in the midst of what Gov. Jerry Brown called “perhaps the worst drought [the state] has ever seen.” And yet, despite the desperate state of affairs, every day the city of Los Angeles flushes hundreds of millions of gallons of potentially potable water out to sea.

In 2000, Los Angeles actually completed a sewage reclamation plant capable of providing water to 120,000 homes — the Donald C. Tillman Water Reclamation Plant in Van Nuys. After being treated at the plant, reclaimed water was pumped to spreading fields near Hansen Dam, where it slowly filtered through the soil into the aquifer. (Here’s a graphic.)

The plan was abandoned after public outrage. Angelenos, it seemed, were too good to drink perfectly safe recycled water — dismissed as “toilet to tap.” The incident may have been the single worst example of wasteful anti-environmental idiocy since 1981, when Ronald Reagan made it his priority to strip Jimmy Carter’s solar panels from the White House roof.

Every few years, when things get dry, environmentalists and water experts in Los Angeles shout the occasional cry into the wilderness to reconstitute a water reclamation program here in L.A. Those cries are almost always forgotten the second the rains come again.

Yet while Angelenos have childishly stuck their collective heads in the hand when it comes to seriously discussing water reclamation, our neighbors have invested in the technology. Orange County reclaims 70 million gallons of sewage daily, with plans to treat even more. San Diego, despite similar hysteria to Los Angeles against water reclamation in the 1990s, has since constructed its own water recycling plant.

Water reclamation in L.A., on the other hand, is currently at zero percent, according to an Department of Water and Power spokesperson.

A plan is in the works to change that. The DWP wants to reconstitute water reclamation at the Tillman plant and filter it into the aquifer, just like before. Doing so could reclaim up to 9.7 billion gallons of water a year.

The plan, however, isn’t scheduled to be operational until 2022.

One can’t help but wonder if Angelenos actually got behind water reclamation and made our voices heard, things would go a little faster. We also need to start demystifying toilet-to-tap  sooner rather than later. When the only objection to an otherwise sensible policy is “eww, gross” — well, that isn’t good enough.

California will one day emerge from this drought. The conversation on water reclamation needs to be loud enough to continue once the rain starts falling again.