Posted by wally on Tuesday, 01 April 2014 in Earth Violators

Is Your State In Climate Change Denial? 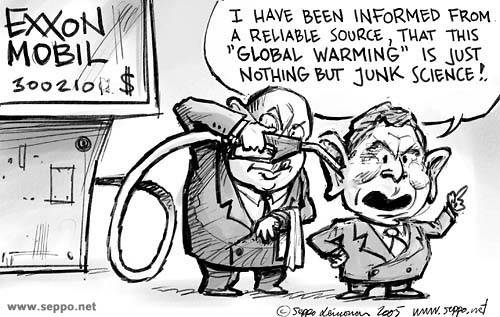 No This is not an April fools joke but we wish it was.

While Washington is doing more to address climate change, individual American states are scaling back their policies - apparently to public approval.

LONDON, 1 April - In the last five years – five years marked by heat waves that broke all temperature records, an unprecedented superstorm that devastated New York, catastrophic blizzards in the north-eastern states and sustained drought in the south-west – American citizens have become more divided in their views on climate change.

In 2008 seven out of 10 believed it was their state’s job to address global warming if the federal government failed to do so. The proportion is now down to one in two. The degree of commitment to an opinion has also changed. In 2008, 41% agreed strongly with that position. Now only 19% do so, according to a report from the University of Michigan.

The report, by the University’s Centre for Local, State and Urban Policy, also reveals that a greater number of people are opposed to increases in fossil fuel taxes as a means of reducing greenhouse gas emissions: in all, 71% are against, and of these, 55% are strongly against. Overall, only 5% strongly support increases in such taxes.

Gasoline taxes as an instrument to reduce greenhouse emissions were supported by only 23% of respondents in 2008; this proportion fell to 17% in 2013.

Paradoxically, a large majority of Americans continue to support the argument that a proportion of electricity in any state should come from renewable sources. However, only 29 states so far have agreed such a mandate, and all of them before 2008.

The research is not directly concerned with public recognition of the reality of climate change, although other pollsters and analysts report that opinion tends to shift according to argument and direct experience of climate extremes.

Instead it is concerned with the more complex question of democratic responsibility for response, and the authors observe that voter attitudes and state policies seem to be broadly in step.

So the question is about whether people think federal or state government should take the initiative.

“Since the turn of the 21st century it has been the states, and not the federal government, that have been the leaders in efforts to reduce greenhouse gas emissions,” the authors conclude.

“But just as the federal government under the Obama Administration has emerged as a more aggressive player in climate change policy, the states have entered into a period of more limited effort and even modest decline in terms of policies targeting global warming.