Posted by Zaja on Friday, 19 December 2014 in Ocean/Seas/Coastlines 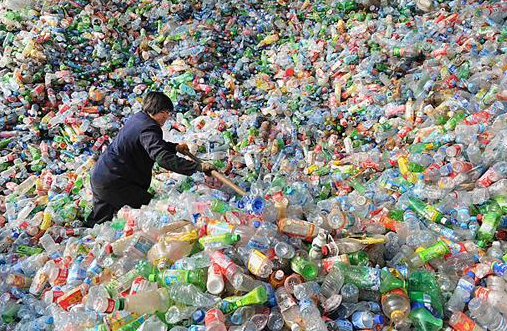 It may be time to sound the alarm and possibly try and find a cleaning solution. A recent study shows that there is much more plastic polluting the world’s oceans than researchers have previously estimated. And the number is staggering.

In what is being described as the most comprehensive measurement in history, researchers have now surveyed plastic pollution in the Mediterranean Sea, coastal Australia, the Bay of Bengal and the five subtropic gyres. So exactly how much plastic did they find? Two hundred sixty-nine thousand tons of plastic. Yes, tons.

“It’s everything you can imagine made of plastic,” said Marcus Eriksen, who led the study. “It’s like Walmart or Target set afloat.”

This is the result of over twenty-four boat expeditions over the last six years. And this is harmful stuff. Most of the plastic found are called microplastics, which are pieces of plastic that have been sun bleached and broken down into pieces by waves and larger sea life. Pieces range from pieces of toys to pieces as small as a grain of sand.

This plastic gets lodged into the throats and/or the digestive tracts of ocean creatures. If that is not bad enough, the plastics themselves adhere to other pollutants like PCB’s and DDT’s which make their way into our food supply when ingested by marine life.

Because an ocean gyre is a large circular system of ocean currents formed by global wind patterns and forces from the planet’s rotation, it causes large patches of the plastic to accumulate like the remnants are stuck in a whirlpool. There are five of them – in the north and south Pacific Ocean, north and south Atlantic Ocean and the Indian Ocean.

This is where a lot of plastic breaks down and spreads. Researchers found microplastics stretching as far as the Arctic.

So, where do all the plastic bags, toys and even old fishing nets come from?

Mostly from largely populated coastal areas and run off from major rivers. But vessels navigating shipping lanes are contributing heavily to the issue as well. Scientists have been warning us for over two decades that plastic needs to be properly disposed of, and now we are seeing the effects of that not happening.

At present, no one really has a solution to fix the issue and now that it appears larger than anticipated or estimated, it sounds like efforts to reduce the pollution will simply not be enough. Perhaps one day, there may be a way to weed the plastic out of the water.

The study was published in Plos One.