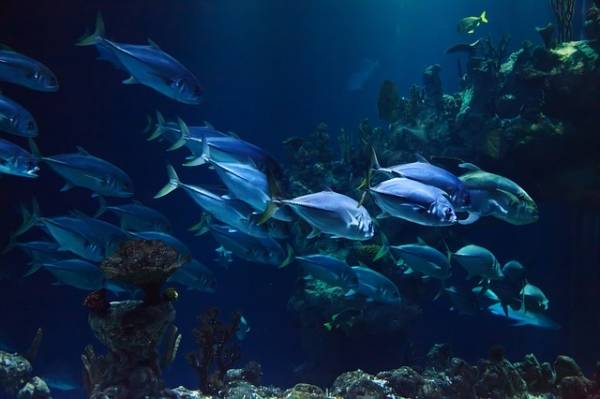 Deep ocean fish are facing a host of health problems that may be due to man-made pollution, according to a new study.

Even as far down as 2,000 feet to one mile beneath the surface, marine fish are suffering from liver pathologies, tumors and other conditions as harmful pollutants are being dumped into our once pristine oceans. That's through activities such as pesticide use, the burning of fossil fuels, agriculture and industrial operations.

"In areas ranging from pristine, high mountain lakes of the United States to ocean waters off the coasts of France and Spain, we've now found evidence of possible human-caused pollution that's bad enough to have pathological impacts on fish," co-author Michael Kent, a professor of microbiology at Oregon State University (OSU), said in a statement.

"Deep in the ocean one might have thought that the level of contamination and its biological impact would be less," he added. "That may not be the case. The pathological changes we're seeing are clearly the type associated with exposure to toxins and carcinogens."

This includes a condition referred to as "intersex," in which fish species contain a blend of male and female sex organs. This study is the first to discover such a case in deep water fish.

It is known that as the sea deepens along continental slopes, heavy metal contaminants can build up there, including mercury, cadmium and lead, and organic contaminants such as PCBs and pesticides. In addition, the "intersex" fish researchers documented are supposedly the result of "endocrine disrupting chemicals" that can mimic estrogens, causing sex organs to mutate.

However, until now few studies have considered humanity's impact on fish living at deep ocean depths. Most focused only on their parasite fauna, not more internal biological problems such as liver damage.

This time around the OSU team looked at black scabbardfish, orange roughy, greater forkbeard and other less well-known species. They found a wide range of degenerative and inflammatory lesions that suggest human-made pollution is the cause. 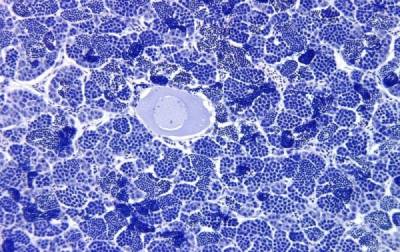 Pictured: The testicle from a male trout which contains a developing egg is an example of

(Photo : Oregon State University) Pictured: The testicle from a male trout which contains a developing egg is an example of "intersex" conditions that can result from pollution.

What's more, organic pollutants in such species may be 10-17 times higher than those found in fish from the continental shelf, with the highest level of contaminants in the deepest-dwelling fish.

And because most of these deep-dwelling fish can live to be 100 years old, that gives them plenty of time to accumulate toxins, which, researchers warn, "may be a significant human health issue if those species are destined for human consumption."

But don't worry, chemical pollution only seems to pose a health risk to us via ingestion, and not by simply wading around in possibly contaminated ocean water.

More importantly, this study suggests that fish from some of the most remote parts of the planet, from high mountains to deep ocean, may be impacted by our pollution.

Sadly, toxicants aren't the only form of pollution that fish and other marine organisms have to worry about. Marine debris is a huge problem around the globe, with Nature World News recently reporting that our oceans are riddled with an astonishing eight million metric tons of plastic. This affects nearly 700 marine species, ranging from whales to dolphins to seabirds.

And when it comes to fish, this is especially harmful as microplastics - microscopic plastic particles - can enter their bodies via gills. What's more, they take over six times longer to leave the body compared to standard digestion.

So with plastic and chemical pollution currently threatening deep ocean fish and others alike, it seems that nowhere is safe, and scientists worry for their future survival.

The latest study's results were published in the journal Marine Environmental Research.