Posted by mattmcalexa on Wednesday, 20 April 2016 in Earth Violators 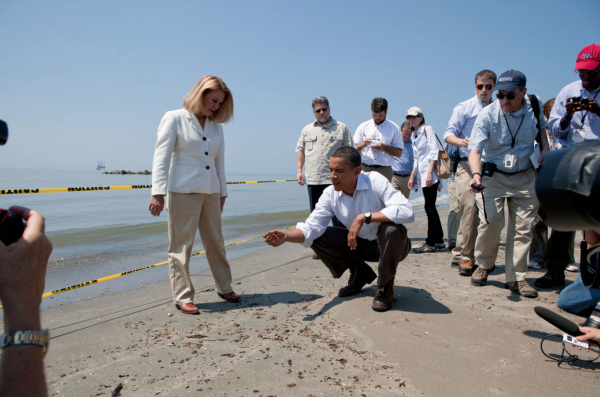 Wednesday, April 20th, 2016 will mark the six-year anniversary of the Deepwater Horizon oil rig explosion that claimed the lives of eleven men and caused the largest man-made oil spill in history.

The cleanup crews abandoned the Gulf Coast years ago, claiming that the damage from the spill was “gone” and the media quit paying attention shortly after the wellhead was capped at the bottom of the Gulf of Mexico.

Despite the lack of attention paid to the Gulf region in recent years, the lasting damage of the oil spill is something that remains fresh on the minds of everyone that calls this area home.

Like most disasters that don’t involve national security issues, Americans tend to operate under the belief that once the media attention has faded the issue is resolved. They don’t understand that the victims of the spill who lost their source of income are still fighting court battles against BP, Transocean, and Halliburton. 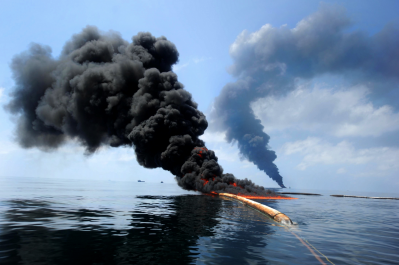 They haven’t heard about the sea life with abnormal growths and heart defects linked to the lingering oil and dispersants that have settled on the bottom of the Gulf. And they are unaware that tar mats and tar balls are still common sights on beaches throughout the region.

Here’s a quick primer on what the Gulf Coast has gone through in the last six years for those who haven’t been paying close attention:

First, we have the real extent of the damage caused by the oil. Photojournalist and DeSmogBlog contributor Julie Dermansky captured images throughout the oil spill and cleanup process, and here are a few that really show, in detail, how bad things were along the shore:

Then there was the insulting report by the National Commission on the BP Deepwater Horizon Oil Spill and Offshore Drilling in January 2011 that completely omitted some of the most damning information about the cause of the oil spill.

For example, the report failed to mention former Vice President Dick Cheney’s role in deregulating offshore drilling activities and the cozy relationship that BP, Transocean, and Halliburton that allowed safety measures on the Deepwater Horizon rig to be ignored while safety inspections were virtually nonexistent. Had this relationship not been established, it is very likely that the disaster never would have occurred.

Additionally, there was almost no mention in the national media about BP’s long history of ignoring safety measures andactually creating presentations showing that it was cheaper for the company to pay for disasters instead of keeping their facilities up to date on safety measures, even when those disasters resulted in the loss of human life.

Another major story that went largely unreported were the negative health effects of the oil spill.

Workers tasked with removing oil from beaches and wetlands began showing up at doctor’s offices with respiratory illnesses as a result of exposure to massive amounts of oil and the dispersant used to break up the oil, Corexit.

Corexit itself has been linked to cancers in both humans and marine mammals, which is why the EPA initially didn’t want BPto use it in the cleanup. However, after BP refused to comply, the EPA backed off its Corexit ban and allowed BP to pour it by the barrel into the Gulf of Mexico. 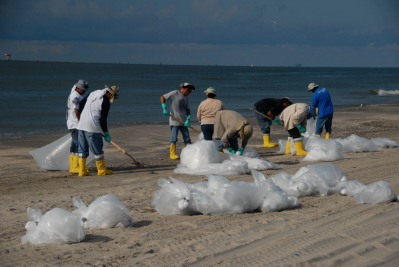 Then came the PR offensive from BP. The victims along the Gulf Coast became the victims of a new attack from the fossil fuel giant, as they began taking out full-page ads in national newspapers claiming that the claims process was plagued by fraud. While a few cases of fraud were found, reports showed that nearly every claim filed against the company was legitimate, but that didn’t stop publications like Politico from allowing a BP executive to write an op-ed slamming the victims of the oil spill as “greedy.”

Finally, and most recently, there was the fact that not a single executive went to prison for their role in the disaster, and the few prosecutions that took place resulted in only probation sentences for things like perjury or hindering an investigation.

Bear in mind that eleven men were killed as a result of corporate negligence and the damage to both the Gulf of Mexico and the health effects of the oil spill are still currently incalculable.

These issues barely even begin to scratch the surface with regards to the extent of the damage caused by the Deepwater Horizon disaster.

But a new report by Oceana has helped to paint a very clear and unpleasant picture of just how bad things are for the environment, human beings, and marine life that call the Gulf home.

Here are a few key findings from the Oceana report:

Mortality rates for common bottlenose dolphins living in Barataria Bay, Louisiana were 8 percent higher and their reproductive success was 63 percent lower compared to other dolphin populations.

Harmful oil and/or oil dispersant chemicals were found in about 80 percent of pelican eggs that were laid in Minnesota, more than 1,000 miles from the Gulf, where most of these birds spend winters.

The oil plume caused bleaching and tissue loss in deep-water coral reefs over an area three times larger than Manhattan.

Endangered sea turtles that had migrated to the Gulf from Mexico, South America and West Africa died in the spill, demonstrating the global scale of impacts.

The 50,000 people involved in the spill cleanup were exposed to chemicals that severely damage lung tissue.

Even Gulf residents indirectly affected by the spill suffered from increased anxiety and depression.

It can take a decade or more for oil spill victims to recover from the physical and psychological effects of an oil disaster.

While the rest of the world forgot to check to see if the victims on the Gulf Coast were made whole, many in the region are coming to terms with the fact that being made whole isn’t an option anymore.The best they can hope for after struggling for the last six years is that they are able to put a few of the pieces of their lives back together as they continue to watch in horror as the environment in which they grew up slowly suffers from the negligence of the fossil fuel industry.