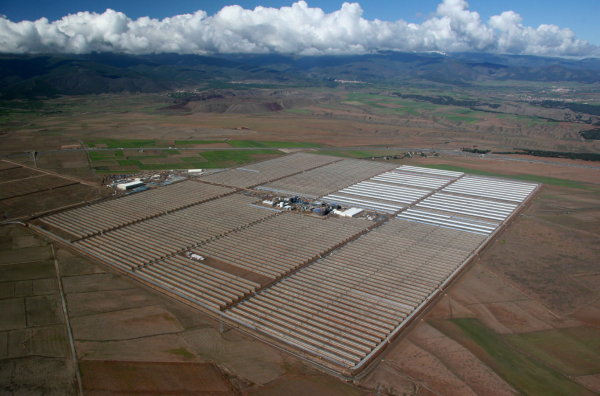 Democratic presidential nominee Hillary Clinton pledged that half a billion solar panels will be installed by the end of her first term if she wins the Oval Office this fall. That number may seem daunting, but industry insiders say it’s well within the realm of possibility. Even if you don’t have all the inside numbers at your fingertips, you can look to the U.S. military — yes, the military — to see how quickly clean power is mainstreaming into communities all across the country.

How many solar panels did you say?

Last summer Clinton announced the panel goal within a comprehensive 10-year renewable energy plan. As described on her campaign website, the plan includes a pledge to generate “… enough renewable energy to power every home in America, with half a billion solar panels installed by the end of Hillary’s first term.”

Assuming a Clinton victory this fall, that would mean half a billion panels by the end of January 2021. That pledge appears to fold the nation’s existing — and rapidly growing — stock of solar installations into the total, which helps to make the goal of 500 million panels look more do-able.

Later on the campaign trail, Clinton upped the ante and began articulating the goal of adding half a billion more panels to the nation’s existing stock during her first term in office. Here she is at a campaign appearance in Iowa, cited by CNS News:

That’s quite a bit more ambitious. Assuming a Clinton victory this fall, the half-billion clock would not start ticking until January 2017.

[Note: In common usage one billion refers to 1,000 million (in some quarters it used to mean one million million), so half a billion works out to 500 million.]

18,000 panels for Maryland and Colorado

To get a handle on the possibilities, consider what industry leader SolarCity, the real-estate services firm Balfour Beatty and the U.S. military have already accomplished through SolarStrong, SolarCity’s years-long project to install rooftop panels at housing on military bases.

The partnership began in 2012 at Fort Bliss with the goal of installing enough solar panels to power more than 120,000 housing units. According to SolarCity, the program has already reached 37 military facilities.

In the latest round, last week the partners announced that a new round of 18,000 rooftop panels has just been completed. The panels were distributed among 1,200 units of military housing at Fort Detrick in Maryland and Fort Carson in Colorado, with a combined capacity of 4.7 megawatts.

Residential rooftop solar is just one part of the military’s solar initiatives. In 2011, the U.S. Army established a team of experienced solar planners to help streamline the adoption of utility scale solar installations at military facilities. The so-named Energy Initiatives Task Force was so successful that it was transitioned into a permanent Office of Energy Initiatives.

As of the beginning of 2016, the agency had a portfolio of 14 projects in various stages of development that add up to 350 megawatts of clean energy. At Fort Detrick, for example, the rooftop installation is supplemented by a ground mounted, 15-megawatt solar array of almost 60,000 solar panels.

Other branches of the armed services have also been moving forward with utility scale  projects. Another notable example is the U.S. Air Force, which has adopted a strategic energy plan that emphasizes renewables.

The Defense Department is also a significant funding force behind research projects that are introducing powerful but inexpensive new materials into the market and helping to push down the cost of solar power.

For that matter, the total of half a billion solar panels may significantly underestimate the amount of solar energy that the U.S. is capable of adding between January 2017 and January 2011.

Flat, rigid solar panels are now a familiar sight, but they are only one way to harvest energy from the sun. Rooftop water heating systems, for example, are beginning to come into widespread use.

Another important trend consists of integrating photovolatic materials into building elements, for example in window glass or roofing materials.

Auto manufacturers are also beginning to look into integrating photovoltaic materials in cars.

For this reason, some market watchers advise that a more accurate way to set goals is to count total wattage, not conventional panels.

Take a closer look at Clinton’s renewable energy proposals, and you’ll see just that. The plan adds the half-billion panel goal to other solar initiatives to come up with this goal:

…Expand the amount of installed solar capacity to 140 gigawatts by the end of 2020, a 700% increase from current levels. That is the equivalent of having rooftop solar systems on over 25 million homes.

With all of its emphasis on ramping up clean power manufacturing and construction, the Clinton plan is as much a jobs plan as it is an energy plan. If the former Secretary of State takes office next January, look for a new flurry of action on that score, too.