Posted by freeworlder on Monday, 29 January 2018 in Mining 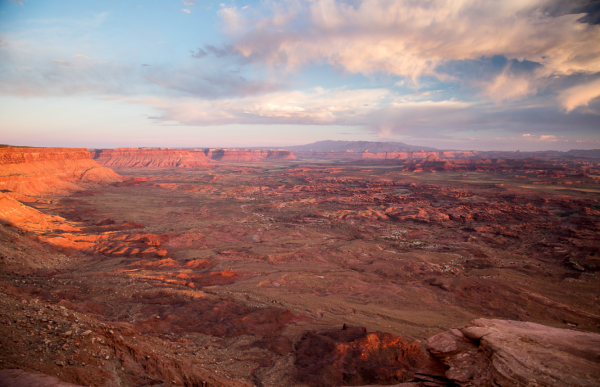 A uranium company headquartered in Colorado "lobbied extensively" for President Donald Trump to reduce the size of Bears Ears National Monument, according to an investigation by the New York Times.

The implications of the story written by Hiroko Tabuchi were staggering: an area of long-held federal land only recently protected by President Barack Obama at the end of his administration for its significance to five Native American tribes could one day be pocked with uranium mines.

Tabuchi found that there are more than 300 uranium mining claims inside Obama's boundaries for the national monument, nearly a third of which are tied to the Lakewood-based Energy Fuels Resources.

"The vast majority of those claims fall neatly outside the new boundaries of Bears Ears," Tabuchi wrote.

Energy Fuels Resources President Mark Chalmers adamantly denies that his company played a major role in the decision to shrink the monument in southeast Utah from 1.35 million acres to two smaller monuments of a combined 228,000 acres.

"The article was full of innuendo, half-truths, obfuscation, and conspiracies, including a major distortion of our position on Bears Ears National Monument," Chalmers wrote in a statement on his company's website.

The company's official position, expressed in a short column that ran in The Denver Post, has been that it asked only that Trump shrink the boundaries of Bears Ears away from existing uranium mining operations that could be curtailed by proximity to the new national monument.

"Our company has no intention to mine or explore for uranium anywhere within the current or originally designated boundaries of BENM (Bears Ears National Monument)," Chalmers wrote in a press release in December. He has said his company met with Secretary of the Interior Ryan Zinke and asked for a less than 2 percent reduction of the monument.

"Yet, two weeks after Mr. Zinke's visit, Energy Fuels wrote to the Interior Department arguing there were many other known uranium deposits within Bears Ears 'that could provide valuable energy and mineral resources in the future' and urging the department to shrink the monument away from any 'existing or future operations,' " Tabuchi wrote, not indicating her source for the email.

For a long time, private mining companies have been able to extract natural resources from federal land. It's a relationship that often is beneficial: taxpayers get royalties for the resources removed, while benefiting from the boon of domestically produced energy.

The Antiquities Act empowers a president to declare some areas of federal land too important for resource exploration and extraction. Obama's designation of Bears Ears National Monument would have protected existing uses in the area, meaning that, in theory, those uranium claims could be mined even with the designation, albeit it would have been more difficult.

The valleys, buttes and desert landscape of Bears Ears are largely untouched and full of historical significance to the five Indian nations whose ancestors left their artifacts, ruins and hieroglyphics across the land as evidence that they were there first. Bears Ears deserves protection.

As Trump celebrated shrinking Bears Ears last month at the Utah Capitol, he said: "I've come to Utah to take a very historic action to reverse federal overreach and restore the rights of this land to your citizens."

Trump is wrong. The land is still all federally owned, outside of the control and taxation of local entities. What Trump's ruling did do was open up the possibility of private interests taking what they want from the land. Until Tabuchi's reporting, we were all supposed to believe no one wanted this land for private gain. Now we all know the sad truth.