Posted by GreenDog on Friday, 25 May 2018 in Wildlife Conservation 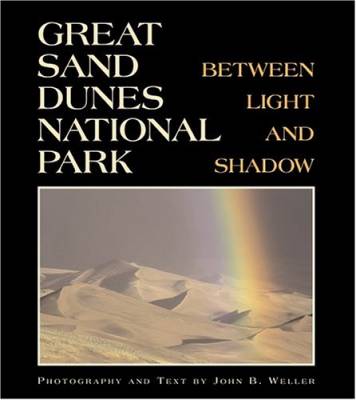 The federal government’s push to open some of Colorado’s most pristine and delicate high country — near two sacred Navajo mountains and touching the Sangre de Cristo Wilderness — to oil and gas drilling has hit turbulence.

The Environmental Protection Agency has asked the Bureau of Land Management to consider a delay.

Thousands of residents have weighed in against the BLM’s planned auction of access to underground minerals. Navajo Nation President Russell Begaye on Thursday vowed to protect the beauty and sacredness of the land. See photo essay book below to learn about this unique National Park.

http://www.earthprotect.com/index.php/store-53?page=shop.product_details&flypage=flypage.tpl&product_id=1&category_id=1 Click link to get a deep discount on the beautiful book by John B Weller, Great Sand Dunes National Park, Between Light and Shadow. Let it not be in shadow from oil and gas drilling.

“This is the last place you would want any oil and gas development,” said Jeff Briggs, president of Citizens For Huerfano County.

But BLM officials were pressing ahead on an anonymously submitted proposal that eventually could bring industrial trucks and drilling rigs onto 18,000 acres of wildlife habitat in the Huerfano River Basin above the Wet Mountain and San Luis valleys. This reflects efforts by Interior Secretary Ryan Zinke to accelerate development of fossil fuels on public lands, at a time when U.S. oil and gas exports are increasing.

The leases would give access to fossil fuels under land within a mile of the Great Sand Dunes National Park and Preserve. This would happen on land that energy company owners Crystal and David Watts, of Texas, bought last year from shampoo magnate Tom Redmond — property where the Wattses told Huerfano County commissioners they will develop an elk hunting ranch, government records show. Just to the north, the Navajo Nation owns more than 26 square miles, purchased last year from Redmond and another rancher, reclaiming Navajo ancestral land in Colorado.

“We feel the local communities wouldn’t want to be impacted by any possible detrimental drilling or production,” Begaye said in an email. “This land is sacred and the Navajo Nation will always protect the beauty and sacredness of the land.”

A spokesman for the Wattses did not return calls for comment.

Leasing at a Sept. 6 auction would be a first step before the BLM considers proposals for drilling and development. A company obtaining rights to drill would still have to submit a proposal including measures to minimize or offset harm.

Communities around the Sangre de Cristo Mountains for years have aimed for alternative forms of economic development requiring healthy ecosystems and dark night skies that attract visitors from around the world.

“We’re all stupefied as to why they want to do this. The location does not make sense,” said Christine Canaly, director of the San Luis Valley Ecosystem Council.

The BLM has not issued a required formal notice that the agency is selling off access to underground minerals and officials would not say who proposed the leasing. But agency spokesman Steven Hall confirmed the proposed lease sale, and documents obtained by the Denver Post show that BLM staffers have been reviewing the matter since last year.

“Colorado receives half of the revenue from federal oil and gas development, approximately $144 million per year,” Hall said, adding that this supports about 23,000 jobs.

BLM officials also must assess air quality impact in the area, which the National Park Service characterizes as sensitive, the letter said. Industrial spills could contaminate Huerfano basin groundwater, it said, recommending a study. And the EPA suggested considering whether a lease sale should be delayed until BLM officials complete an update of their 33-year-old land-use plan for the area.

“The letter recommends that, after considering these impacts, BLM officials then determine whether they want to consider delaying leasing of these parcels,” EPA National Environmental Policy Act program director Phil Strobel said.

Hickenlooper has declined to intervene, in contrast to governors, including Utah’s Gary Hebert, who have blocked BLM efforts to open pristine terrain for drilling and development. Colorado Parks and Wildlife officials submitted comments to the BLM noting elk and other species live in the area but did not oppose opening the area to development.

However, state natural resources officials “agree with the EPA’s view that the BLM should take a close look at the current Resource Management Plan and consider carefully how the agency can apply best management practices, mitigation measures and stipulations to minimize impacts to land, air and water resources,” state spokesman Todd Hartman said in an emailed response to queries.

“We take the concerns regarding mineral leasing seriously and will address new concerns as they are raised,” Hickenlooper’s office said in a statement.

“We’re definitely contemplating all options to make sure the Trump administration does not move forward on this,” said state Sen. Leroy Garcia, D-Pueblo, the House minority leader.

A letter that he and 15 other legislators sent to BLM officials warned drilling in the area “would be an economic disaster for local economies that rely on tourism driven by southern Colorado’s natural beauty” and appealed to “a moral responsibility to preserve our public lands.”

“This is a spectacular, still-wild part of Colorado, and this lease sale threatens to industrialize it, to convert it into a fracking zone,” Center for Biological Diversity campaigner Taylor McKinnon said. “The watersheds on the east side of the Sangre de Cristo Mountains are important for wildlife and for the Arkansas River.”

Park officials have been working with the U.S. Forest Service for years to control the spread of a white pine blister rust fungus that infects limber and bristle-cone pines near the area that could be opened to development. Oil and gas operations would overlap work that entails trimming infected trees and collecting seeds from resistant trees.

National Parks Conservation Association programs manager Nicholas Lund said BLM officials have been shortening periods for public comment on lease sales. “We are calling on Colorado’s governor to defer this process. He can recommend that,” Lund said. “This is land adjacent to a national park and wilderness. It is a really high-value area.”

Sierra Club organizers plan to raise awareness of possible fossil fuel development by leading visits to the area next month, organizer Kim Pope said. “We’d like the BLM to cancel this lease sale.”

Bruce Finley: 303-954-1700, This email address is being protected from spambots. You need JavaScript enabled to view it. or @finleybruce

http://www.earthprotect.com/index.php/store-53?page=shop.product_details&flypage=flypage.tpl&product_id=1&category_id=1 Click link to get a deep discount on the beautiful book by John B Weller, Great Sand Dunes National Park, Between Light and Shadow, let it not be in shadow from oil and gas drilling.