Posted by plantitfilm on Tuesday, 08 March 2011 in Fossil Fuels

Gas Prices Go Up, is a Solution in Sight? 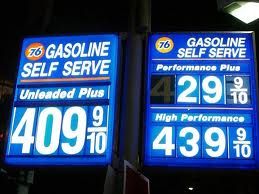 AS THE PRICE OF OIL roars above $100 per barrel and gasoline nears $4 per gallon, a cry for solutions understandably goes up. Higher gas prices amount to a regressive tax increase on the American consumer, with all that implies for the ability of the U.S. and global economies to sustain their fragile recovery. Some in Congress, citing the disruption of production in Libya, are asking President Obama to uncork the Strategic Petroleum Reserve, the government-owned emergency supply - currently 727 million barrels - that Congress established 36 years ago. Rep. Edward J. Markey (D-Mass.) says tapping the strategic reserve would "mitigate the runaway increase in prices [like] that we saw in the summer of 2008."

So far the Obama administration has resisted these calls, which is very much to its credit. Oil prices remain well below 2008 levels, and, despite the troubles in Libya, global supplies are still adequate, in part because Saudi Arabia and other producers have more than enough spare capacity to make up for whatever Libya can't supply. Historically, presidents have tapped the reserve to cope with acts of God (hurricanes Ivan and Katrina) or major wars (Operation Desert Storm in 1991). The exceptions - a 23-million-barrel sale in 1996 to help pay down the deficit, and President Bill Clinton's election-year use of 30 million barrels in 2000 - prove the rule: It's best to interpret the 1975 law limiting use of the reserve to "severe energy supply interruption" strictly - lest global oil speculators start trading on U.S. gas-price politics along with all the other factors that roil the markets.

The truth is that the latest price spike, like others before it, has benefits as well as costs. It can spur conservation and stimulate domestic oil production, thus rendering the country less vulnerable to future oil shocks. Today's U.S. economy, in fact, consumes less than half as much petroleum and natural gas per dollar of economic output as it did when an Arab oil embargo nearly crippled the West in 1973, according to Energy Department figures. And, for the past five years, oil imports have been falling as a percentage of total U.S. consumption. If the nation adopted sensible long-term conservation measures, especially modestly higher gasoline taxes, it would encourage those trends. Indeed, by reducing global demand, a higher U.S. gas tax would not only moderate oil prices over time, it would also ensure that more of the money Americans pay at the pump flows to the U.S. Treasury rather than the treasuries of Saudi Arabia, Venezuela and the rest. We understand that politics does not favor this reasoning. But given the long-term risks, President Obama is right to resist the temptation to manipulate prices for what would, at most, be a short-term benefit.