A Singaporean couple has tied the knot in a shark-infested tank to highlight the plight of the animals which die to fulfill the increasing Chinese taste for shark-fin soup.

"We wanted to do something different and help raise consciousness of the environment," said the bride, Juliana Khoo, after she married Lester Kwok at Underwater World, an aquarium on Singapore's Sentosa Island on Tuesday.

Their guests watched from a glass tunnel as the couple, both 27 years old, flashed cards at each other which read: "Yes I do". The ceremony was also shared by sharks, including nurse sharks, black tip sharks and leopard sharks, none of which were considered dangerous to the couple. 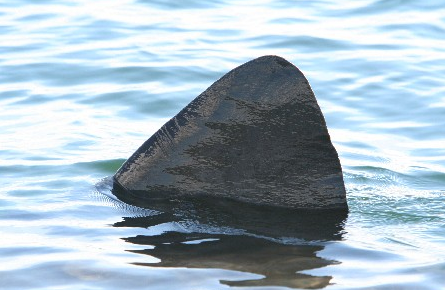 Conservationists condemn the practise of finning sharks for soup, which they say is cruel and wasteful. As sharks' fins have a much higher value than the meat, fishermen slice the fins off and then throw the sharks back in the water, where the animals usually drown or bleed to death. WildAid has said about 100 million sharks are killed every year.

The group has said that the number of consumers eating shark's fin has risen from a few million in the 1980s to more than 300 million today.
Campaigners in Singapore have also emphasised that the shark's fin has no nutritional value, saying the soup's taste is merely derived from stock.

Singapore is the world's third largest centre for the shark fin trade after Hong Kong and Taiwan, according to the United Nations' Food and Agriculture Organisation.