Posted by thatsenough on Tuesday, 07 May 2013 in Fossil Fuels 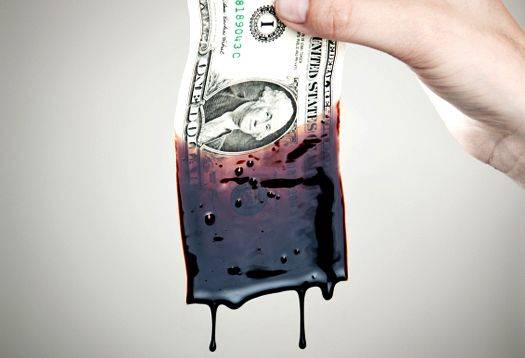 Why haven’t the big green groups divested from fossil fuels?

One would assume that green groups would want to make absolutely sure that the money they have raised in the name of saving the planet is not being invested in the companies whose business model requires cooking said planet, and which have been sabotaging all attempts at serious climate action for more than two decades.

But in some cases at least, that was a false assumption. …

Conservation International, notorious for its partnerships with oil companies and other bad actors (the CEO of Northrop Grumman is on its board, for God’s sake), has close to $22 million invested in publicly traded securities and, according to a spokesperson, “We do not have any explicit policy prohibiting investment in energy companies.” The same goes for the Ocean Conservancy, which has $14.4 million invested in publicly traded securities, including hundreds of thousands in “energy,” “materials” and “utilities” holdings. A spokesperson confirmed in writing that the organization does “not have an environmental or social screen investment policy.”

Neither organization would divulge how much of its holdings were in fossil fuel companies or release a list of its investments. But according to Dan Apfel, executive director of the Responsible Endowments Coalition, unless an institution specifically directs its investment managers not to invest in fossil fuels, it will almost certainly hold some stock, simply because those stocks (including coal-burning utilities) make up about 13 percent of the US market, according to one standard index. “All investors are basically invested in fossil fuels,” says Apfel. “You can’t be an investor that is not invested in fossil fuels, unless you’ve actually worked very hard to ensure that you’re not.”

Another group that appears very far from divesting is the Wildlife Conservation Society. Its financial statement for fiscal year 2012 describes a subcategory of investments that includes “energy, mining, oil drilling, and agricultural businesses.” How much of WCS’s $377 million endowment is being held in energy and drilling companies? It failed to provide that information despite repeated requests.

The [World Wildlife Fund]-US told me that it doesn’t invest directly in corporations—but it refused to answer questions about whether it applies environmental screens to its very sizable mixed-asset funds. The National Wildlife Federation Endowment used to apply environmental screens for its $25.7 million of investments in publicly traded securities, but now, according to a spokesperson, it tells its investment managers to “look for best-in-class companies who were implementing conservation, environmental and sustainable practices.” In other words, not a fossil fuel divestment policy.

Meanwhile, the Nature Conservancy—the richest of all the green groups—has at least $22.8 million invested in the energy sector, according to its 2012 financial statements. Along with WCS, TNC completely refused to answer any of my questions or provide any further details about its holdings or policies.

Alongside her article, Klein has published a “cheat sheet” listing 14 big green groups and specifics about what they are — or are not — doing to get their financial houses in order. The Sierra Club and the Wilderness Society come out smelling the rosiest. (Klein is on the board of 350.org, which has been pushing a divestment campaign.)

Over at Forbes.com, Tim Worstall plays the contrarian:

[I]t seems most righteous to take the profits being made in the [fossil fuel] field to use to campaign against those profits. … We, of course, can then take the moral decision as to what to do with that extra money: buy solar cells, hug panda bears, whatever. I myself might use it to subsidise the research I already do into how to make fuel cells.

Do you buy that logic?