Costa Rica to Close its Zoos 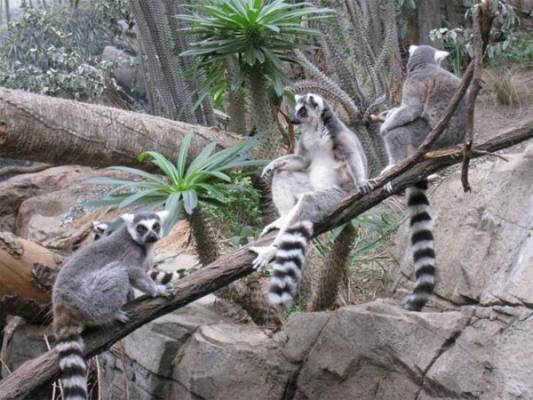 Despite occupying just 0.03% of the planet’s surface, the region’s lush forests are home to an incredible 500 thousand unique organisms — representing over 4% of all the known species on Earth. For the hundreds of animals held captive in the country’s zoos, however, that hotbed of life had been replaced by the cold bars of a cage.

But now, in a remarkable push to restore natural order for all its animal inhabitants, the Costa Rican government has announced plans to close its zoos, freeing creatures from their long captivity.

“We are getting rid of the cages and reinforcing the idea of interacting with biodiversity in botanical parks in a natural way,” said Environment Minister René Castro. “We don’t want animals in captivity or enclosed in any way unless it is to rescue or save them.”

The closures will take effect in March 2014, when the government’s contract with the organization that operates its two zoos is set to expire — a move that Castro says reflects “a change of environmental conscience among Costa Ricans.” The facilities which now house captive animals, Simon Bolivar Zoo and the Santa Ana Conservation Center, will be then transformed into urban parks or gardens where wildlife can visit and live freely if they so choose.

As for the many birds, mammals, reptiles and insects on display today, the government is working to find them more appropriate homes. It is believed that many of these animals will be able to be relocated within the nation’s vast forest preserves, with those deemed unsuited for release being sent to live out their days under the care of wildlife sanctuaries and rescue centers.

Costa Rica’s move to shutter its zoos comes on the heels of other recent legislation aimed at protecting animals from a life in captivity. Earlier this year, India became the largest nation to ban the exploitation of dolphins, joining the ranks of Costa Rica, Hungary, and Chile. In the United States, the keeping of captive chimpanzees will soon be strictly limited as they are likely candidates for protection from the Endangered Species Act.

Still, despite the efforts of some animal-right groups which see zoo life as inherently inhumane, zoo closures in other parts of the world still seem a long way off. Quietly though, a paradigm shift may already be underway as popular thinking begins to consider a kinship and our shared fate with the natural world around us and not merely a dominion over it.