Posted by stringer on Wednesday, 07 August 2013 in Fossil Fuels 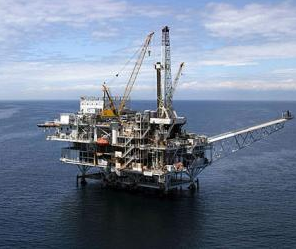 Hydraulic fracturing has been occurring off the coast of California for about 15 years, in the same sensitive waters where all new oil leases were banned since the 1969 Union Oil Santa Barbara spill, the third worst spill in American history.

The California Coastal Commission wasn’t even aware the offshore fracking was taking place, according to Grist, because it happens three miles off the coast, in federal jurisdiction. California, however, has the right to reject federal permits if water quality is in danger.

Regulators have allowed fracking in the Pacific Ocean to occur at least 12 times since the late 1990s, according to federal documents released by the government to The Associated Press through the Freedom of Information Act. A new fracking project was recently approved.

Gas companies want to frack the Santa Barbara Channel, the same place where the 3 million gallons of crude oil from Union Oil’s Platform A were spilled in 1969. The spill was the worst of its time. Today it is the third worst spill behind BP’s Deepwater Horizon spill in 2010 and the Exxon Valdez Spill in Alaska in 1989. The Santa Barbara spill killed thousands of sea birds, dolphins, elephant seals and sea lions.

Currently federal regulators allow offshore fracking chemicals to be released into the sea without companies having to file a separate environmental impact report or statement on the possible repercussions.

The Coastal Commission plans to grill new offshore drilling projects on details pertaining to fracking now that they know it is occurring in the Pacific. They could require new, separate permits and stricter review processes for new fracking projects.