Posted by greenmonkey on Friday, 27 December 2013 in Food 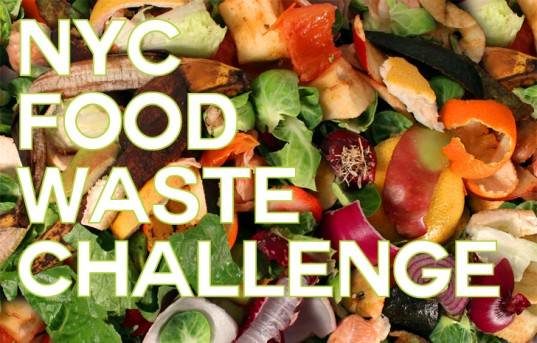 New York City will reduce the amount of food waste sent to landfills by converting it into energy. Last week, Deputy Mayor Cas Calloway announced that the city will partner with Waste Management to deliver pre-processed organic waste food to Newtown Creek Wastewater Treatment Plant where it will be added to wastewater sludge to increase biogas production. The biogas by-product will be converted into renewable natural gas for both residential and commercial use through a partnership with National Grid, an international electricity and energy company.

Through this project, enough energy could be produced to heat almost 5,200 New York city homes and reduce annual greenhouse gas (GHG) emissions by over 90,000 metric tons, equivalent to removing almost 19,000 cars from the road. In addition, the project will help the city reach its PlaNYC goal of reducing municipal GHG emissions by 30 percent by 2017, a goal it is more than halfway to achieving.

The New York City's Department of Environmental Protection uses about 40 percent of the biogas produced at the Newtown Creek Wastewater Treatment Plant. The new partnership with National Grid will help to ensure that 100 percent of the biogas produced will be converted to power, which means it will not contribute to the plant's GHG emissions. The project will be financed by National Grid. A biogas purification system's construction will begin in 2014. The system will purify the plant's remaining 60 percent of biogas it produces.

"This first-of-its kind renewable energy project will harness part of the 1.3 billion gallons of wastewater that New Yorkers generate every day," said Deputy Mayor Holloway. "The public-private partnership that made this possible will reduce greenhouse gas emissions by the equivalent of removing nearly 19,000 cars from city streets—a huge step towards making a greener, greater New York City. I want to thank Ken Daly and his team at national grid, and the State Public Service Commission for working with us to make this happen."