Posted by Wolf on Wednesday, 12 September 2012 in Wind

No lack of wind for energy, computer model shows

If the world shifts to clean energy, wind-generated electricity will play a big role—and there is more than enough wind for that, according to new research. 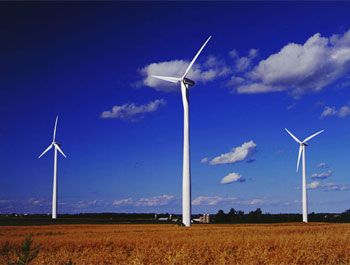 Researchers developed the most sophisticated weather model available to show that not only is there plenty of wind over land and near to shore to provide half the world's power, but there is enough to exceed the total demand by several times, even after accounting for reductions in wind speed caused by turbines.

The findings are published in the Proceedings of the National Academy of Sciences (PNAS) by Mark Z. Jacobson, a professor of civil and environmental engineering at Stanford University, and Cristina Archer, an associate professor of geography and physical ocean science and engineering at the University of Delaware.