Posted by EarthDude on Thursday, 09 January 2014 in Climate Change 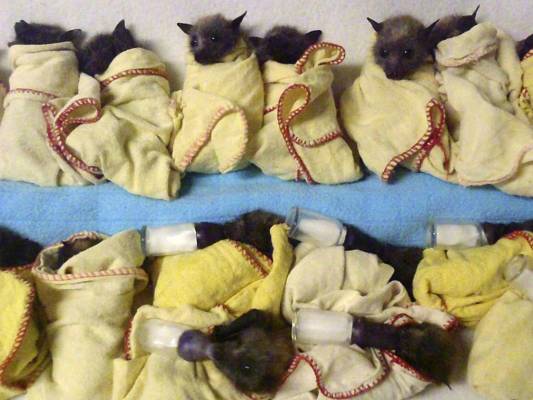 Temperatures across much of the U.S. are, as forecast, finally starting to get back to something close to normal after several days of dangerously cold air.

If you've been longing for warmer weather, here's some news from The Weather Channel that you might want to file under "be careful what you wish for":

"Bats are dropping from trees, kangaroos are collapsing in the Outback and gardens are turning brown. While North America freezes under record polar temperatures, the southern hemisphere is experiencing the opposite extreme as heat records are being set in Australia after the hottest year ever.

"Weather forecasters in Australia said some parts of the sparsely populated Pilbara region along the rugged northwest coast on Thursday were approaching 50 degrees Celsius (122 degrees Fahrenheit). The record high of 50.7 degrees Celsius (123.3 F) was set in 1960 in Oodnadatta, South Australia state. ..."

According to The Blaze, the heat in Australia "is so severe that it has already caused up to 100,000 bats to die under stress, littering the ground and alarming authorities who warn locals not to touch the animals for fear of infection."

This heat follows what already was Australia's hottest year on record — a year that also saw the nation plagued by drought-fueled wildfires.

Folks are sweating in other parts of the Southern Hemisphere, as well.

Argentina has only in recent days begun to breathe easier. A heat wave there during much of December "put stress on the electrical grid of Argentina resulting in blackouts that have left many without power and any way to cool down," AccuWeather.com writes.