Posted by Tiny on Thursday, 15 May 2014 in Water Conservation

Large-scale water use in California may cause small quakes: study 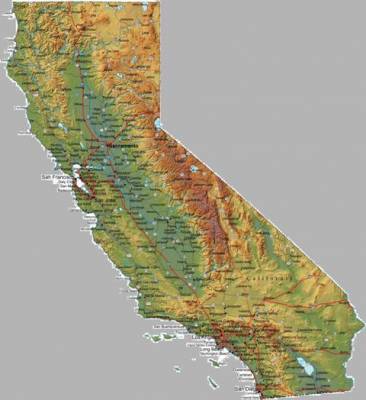 Depletion of groundwater in California's Central Valley for agriculture and other uses could be contributing to an increase in small earthquakes along the famed San Andreas fault, a scientific study published on Wednesday said.

But the phenomenon is not believed to lead to an increased risk of large earthquakes, said Western Washington University geology professor Colin Amos, the study's lead author.

The study, which came out on Wednesday in the journal Nature, focused especially on the heavily irrigated San Joaquin Valley, an agricultural region at the southern end of the state's Central Valley.

It looked at the previously-studied rate of groundwater depletion for human use, which represents an amount of water roughly equal to Lake Tahoe, and the resulting sinking of lowland areas and the related rise in height of mountains.

That rise in height in the mountains is estimated to amount to no more than half a foot (41 cm), Amos said.

But the phenomenon puts more stress on the San Andreas fault, which runs just to the west of the San Joaquin Valley, leading to an increased likelihood of small earthquakes, the study found.

"These are small earthquakes we're dealing with," Amos said.

"During a large earthquake, the change in stress you'd see on a fault is much, much greater than the magnitude of stress changes we're calculating" as related to groundwater depletion, he said.

A study published in Nature in 2009 found tidal forces parallel to a segment of the fault in central California might be causing non-volcanic tremors. The faint tug of the sun and the moon on the fault was responsible for that, according to the study.