Posted by Tiny on Thursday, 29 May 2014 in Ocean/Seas/Coastlines 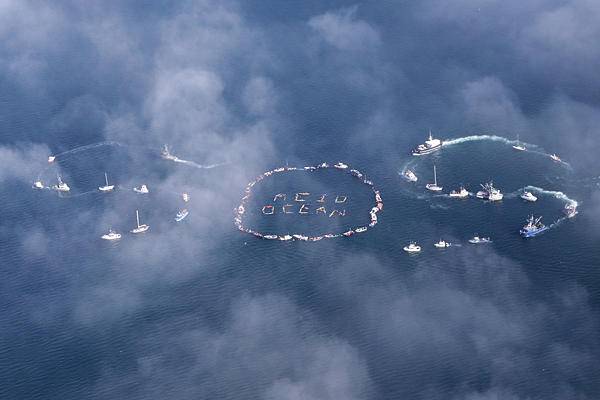 The global seafood industry is under threat from climate change and ocean acidification, and reducing CO2 emissions is required to safeguard the industy's future, according to a report jointly published Wednesday by the Sustainable Fisheries Partnership, the University of Cambridge's Institute for Sustainability Leadership and Cambridge's Judge Business School.

The statement, based on findings from the recently released Intergovernmental Panel on Climate Change Fifth Assessment Report, discusses how the ocean's chemistry is changing at an unprecedented rate and how ocean acidification -- the result of carbon dioxide uptake from the air -- is putting many commercial fish and shellfish species at risk.

It states that the "projected rise in acidity by 2100 would be at least twice today's levels." And that acidification "is projected to drive a decline in global shellfish production between 2020 and 2060."

The condition, which can inhibit growth in coastal ecosystems, is caused by high levels of nutrient runoff from land (in the Gulf, those nutrients are carried down by the Mississippi River) and then is "exacerbated by higher water temperatures and ocean acidification."

It states that, based on a projected global warming scenario of 2 degrees (3.6 degrees Fahrenheit) due to climate change, the total loss of landings to the global fisheries by 2050 would range from $17 billion to $41 billion.

It states that some species likely would migrate as temperatures change, and that change in distribution could lead to significant increases in illegal fishing and conflicts between fishing nations.

The report adds that 400 million people, who depend critically on fish for their food, would face reduced access to marine protein.

"This report is a wake up call for the seafood industry to recognize the scale of the threat to ocean resources from climate change and acidification," said Blake Lee-Harwood of Sustainable Fisheries Partnership. "We need to see urgent action in trying to mitigate the likely impacts while adapting wherever that's practically possible."

The report cites areas where action can be taken to lessen the impact of climate change, such as adapting where possible shellfish hatcheries similar to those in the northwestern United States, which avoid taking in seawater during periods of high acidity.