Posted by Jrramos on Thursday, 02 October 2014 in Climate Change

If These 35,000 Walruses Can't Convince You Climate Change Is Real, I Don't Know What to Tell You 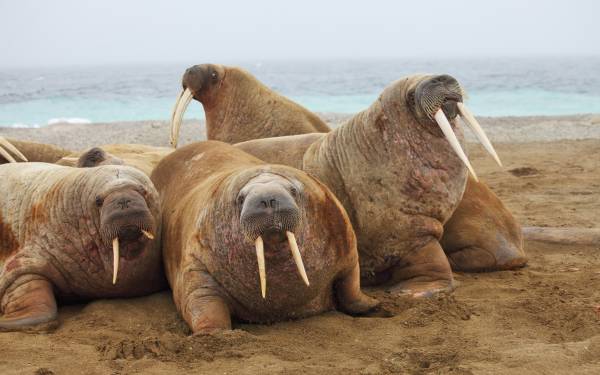 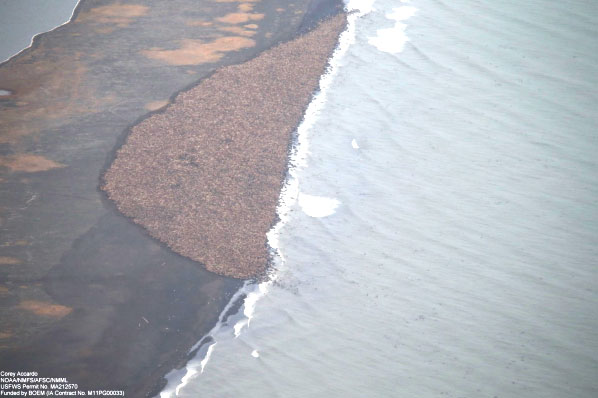 This an image from a NOAA research flight over a remote stretch of Alaska's north shore on Saturday. It shows approximately 35,000 walruses crowded on a beach, which according to the AP is a record number for this survey program.

Bear in mind that each of the little brown dots in this image can weigh over 4,000 pounds, placing them high in the running to be the world's biggest climate refugees.

Why are so many walruses "hauled out" on this narrow strip of land? Part of the reason is that there's not enough sea ice for them to rest on, according to NOAA.

On September 17, Arctic sea ice reached its minimum extent for 2014, which according to federal data is the sixth-lowest coverage since the satellite record began in 1979.

"The massive concentration of walruses onshore—when they should be scattered broadly in ice-covered waters—is just one example of the impacts of climate change on the distribution of marine species in the Arctic," Margaret Williams, the managing director of WWF's Arctic program, said in a statement.

If you've ever seen these blubbery beasts duke it out, then you know there's some serious marine mammal mayhem in store.