Posted by Tiny on Sunday, 19 October 2014 in Climate Change

It's time to teach climate change in school 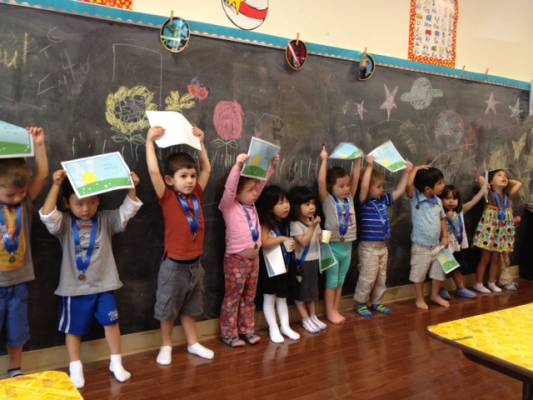 Why is it so difficult to teach climate change in our classrooms?

My kids hear climate change discussed in the news as a very real threat, but it is largely absent from school science curricula. In fact, most children the world over don’t receive any formal academic reasoning to put the vast amount of information and opinions into context, and they have no credible outlet to ask their own questions.

To date, many attempts to educate the public – and our kids – about climate change have relied on scare tactics that focus on superstorms, massive floods and ominous weather patterns to generate fear. But fear actually can inhibit the desire to learn more and take action – particularly in young people.

And, because the subject of climate change can prove highly conceptual to students if the science is not well understood, there’s been much debate among educators about how exactly it should be taught – not just at the high-school and university level, but from grade school and up. So it’s no surprise that many teachers choose to avoid climate change altogether in their classrooms.

The trouble is that today’s students will be tasked with managing tomorrow’s climate change impact – and jobs requiring science, technology, engineering and math (Stem) skills already are on the rise. That demand will only continue to expand as the effects of climate change progress and more effort is needed to create and execute mitigation tactics and adaptation plans.

Teaching climate change shouldn’t be about preaching to our kids. A good science curriculum should empower students to ask their own questions and give them the tools to find and understand the answers themselves. After all, we know that students learn best when they can figure things out for themselves, rather than being given facts to be memorized – the charred ceilings of many high school chemistry labs can attest to that.

Climate change curricula should be based on real-time empirical data, encourage hands-on participation and problem-solving, and offer a pragmatic approach to what individuals can do and are doing to combat climate change. And linking firsthand observations to national climate-monitoring programs and using 400,000 years of atmospheric carbon dioxide samples provided by institutions such as Nasa helps students see the real-life applications.

In theory, teaching climate change shouldn’t be controversial. Nasa has already shifted from exclusively exploring outer space to exploring our planet – and a large portion of its research now focuses on the impact of climate change on our environment. The legendary space agency, charged with leading the world in scientific discovery, confirms what 97% of climate scientists on the ground report: Earth’s climate is changing, in large part as a result of the buildup of greenhouse gases released by human activities.

If exploring space can be cool, with a planetary mobile in every classroom, why not saving the planet?

Using what we know about education and our planet’s systems, the Chicago Botanic Garden teamed up with Nasa to develop a new climate change curriculum to ensure that our kids have the opportunity to learn about the realities facing our world. We hope this new set of tools will empower educators across the country to get involved and grasp that they can teach climate change effectively in their classrooms.

The future of our communities, natural resources and ecosystems depends on how well we understand, value and protect the habitats and species that sustain our world. We need to be proactive and give young learners the tools to observe the effects of a changing climate for themselves. It’s one more way to invest in the future of our planet and let our kids shape the world that soon will be theirs. To quote Carl Sagan, “This is our world. It is our responsibility to cherish it.”