Posted by Debs Bru on Saturday, 24 January 2015 in Animals 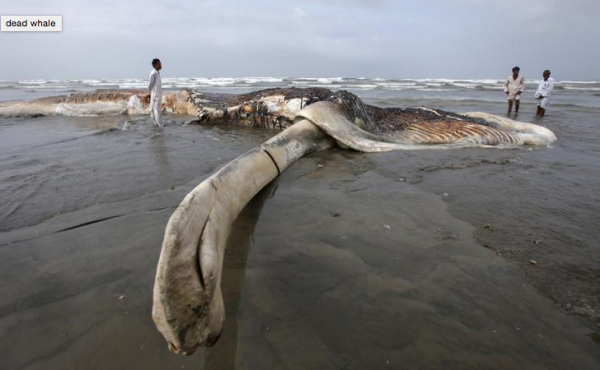 Human activity has pushed marine life toward a “precipice of major extinction event,” according to a recent study conducted by a team of U.S. scientists. The study, published Thursday in the journal Science, warned that unless immediate action is taken to mitigate the damage, the rate of extinction would continue to increase until it reaches a tipping point.

According to the World Wide Fund for Nature (WWF), nearly 10,000 species go extinct every year -- a rate that is estimated to be at least 1,000 times higher than the natural extinction rate. However, until now, most of these extinctions have been observed in land animals and plants. Although oceans are not immune to human activity, the sheer size of the ecosystem has ensured that the problem is less severe than on land.

In the last five centuries, over 500 animal extinctions have been recorded on land. On the other hand, since 1500, scientists have recorded only 15 ocean extinctions, according to a report by The New York Times.

“Humans have caused few complete extinctions in the sea, but we are responsible for many ecological, commercial, and local extinctions,” the researchers said, in the study.

However, according to the latest study, which gathered data from a wide range of sources, including discoveries in fossil records, statistics on modern container shipping, fish catches and seabed mining, this might be about to change.

“Today’s low rates of marine extinction may be the prelude to a major extinction pulse, similar to that observed on land during the industrial revolution,” the researchers said, warning that signs of humans harming the oceans are already visible.

Many marine species are being overharvested resulting in irreversible damage to fragile ecosystems like mangroves, which are being replaced by fish farms, and fish in the sea have begun migrating to cooler and less acidic waters, while a rise in the number of container ships are resulting in greater numbers of whales dying from collisions, the study found.

“Wildlife populations in the oceans have been badly damaged by human activity … humans have profoundly decreased the abundance of both large and small marine fauna. Such declines can generate waves of ecological change that travel both up and down ma­rine food webs and can alter ocean ecosystem functioning,” the researchers said, in the study, adding that climate change could further accelerate the rate of extinction of marine life over the next century.

The effects of climate-driven warming and acidification of oceans can already be clearly seen in coral reefs, which have declined by over 40 percent worldwide, the study reportedly found.

“If you cranked up the aquarium heater and dumped some acid in the water, your fish would not be very happy,” Malin Pinsky from Rutgers University, who was involved in the study, told the Times. “In effect, that’s what we’re doing to the oceans.”