What’s The True Cost of Gasoline? 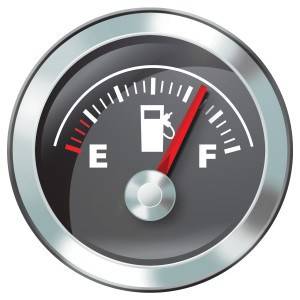 Financial markets notwithstanding, most of us were happy to see gas prices fall. It has certainly helped to put a little extra breathing room in our household budgets, even though we suspect it could lead to increased use of fossil fuels. On the other hand, it could open the door for some new initiatives to help control emissions, such as a carbon tax, or a fee and rebate plan that would tax the production of fossil fuels and give the proceeds out to all Americans.

Perhaps this would be a good time to take a closer look at what that gallon of gasoline actually costs us, when all the impacts are considered. That’s what  Drew Shindell, a professor at Duke University, attempted recently in a study that was published in the journal Climatic Change. In an article entitled “Social Cost of Atmospheric Release,” Shindell developed and tabulated a means to assess the “climate damages” associated with various greenhouse gases including CO2, aerosols, methane and nitrous oxides. All told, 10 different pollutants are considered. With these costs added in, Shindell said we are actually paying $6.25 for a gallon of regular or $7.72 for a gallon of diesel. That’s quite a bit more than the latest AAA reported national average price of $2.429.

So, the question is: How is this figured, and who exactly is paying for it? Shindell takes the approach of calculating a yearly emissions price tag, which he estimates is between $330 billion and $970 billion (depending on how you compute the discount rate), and then allocates between the various emission sources.

His focus is primarily on health-related costs. For example, he points out that, “air pollution in the United States sends about 150,000 people to the hospital every year and causes 180,000 non-fatal heart attacks.” While that might not directly impact each of us if we don’t get sick, it certainly does affect the rising cost of health care, which does affect us all. Beyond the health impacts, there are, of course, environmental impacts to be considered as well.

As Tom Zeller pointed out in Forbes, “It’s a complicated exercise, and no one believes that any particular model accurately captures all of the potential damages that might arise from the use of fossil fuels.”

But it’s part of a growing effort to capture and quantify what have heretofore been known as externalities. In a perfect world, the impacts and implications of all economic transactions will be understood and accounted for. Without that, inequities will always collect in blind spots that appear as opportunities that are too good to be true. But only by considering all impacts — present and future, local and distant — can we ever hope to have a truly sustainable society.

These efforts must not only estimate the various impacts of each type of energy consumption, but also predict what the blend of contributing sources will be in the coming years. Further complicating the task is trying to quantify the full impact of adding or subtracting greenhouse gases into the atmosphere, given the complex dynamics and the existence of non-linear factors such as positive feedback loops.

While fossil fuel companies will be quick to point out the many benefits of their products, the fact is that, while the negative impacts affect all people equally, the benefits are not so equally distributed.

Shindell applies the same analysis to electric power generation and heating. If you heat your home with natural gas, the actual cost is roughly double what you pay. As for electricity, he estimates the true cost of coal to be 30 cents per kilowatt-hour rather than 10 cents. Applying the same formula, natural gas-generated power goes up from 7 cents to 17 cents per kilowatt-hour. Neither renewables or nuclear power carry any additional cost, according to the analysis.

No doubt there will be continuing debate on the many fine points that such an analysis needs to consider, but the fact that we’ve started down this path can only be seen as a good thing.