Posted by Lacy on Wednesday, 29 July 2015 in Earth Violators 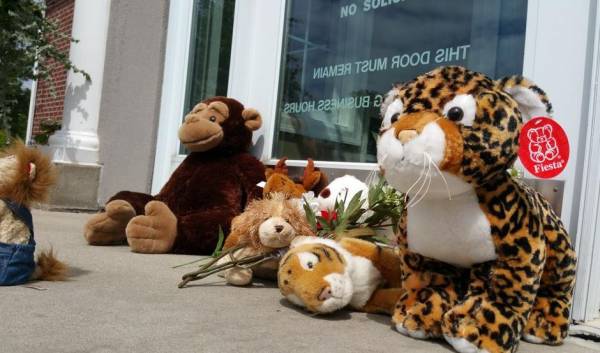 There are mounting calls for the prosecution of an American dentist who shot dead one of Africa’s most famous lions, as two other men involved in the hunt appeared in court in Zimbabwe to face poaching charges.

Walter Palmer, who runs a dental practice in Minnesota and hunts big game in his spare time, is accused of illegally killing Cecil, a protected lion, in Zimbabwe on a $50,000 (£32,000) hunt.

Cecil, a popular attraction among international visitors to Hwange national park, was lured outside the reserve’s boundaries by bait and killed earlier this month.

“Both the professional hunter and landowner had no permit or quota to justify the offtake of the lion and therefore are liable for the illegal hunt,” the Zimbabwean parks authority said in a statement on Tuesday.

The statement made no mention of Palmer. But the charity Zimbabwe Conservation Task Force said Palmer and Bronkhorst had gone out at night with a spotlight and tied a dead animal to their vehicle to lure Cecil into range.

In a statement to the Guardian, Palmer confirmed he had been in Zimbabwe in early July on a bow-hunting trip. “To my knowledge, everything about this trip was legal and properly handled and conducted,” he said.

He is facing angry calls in the US for his prosecution.

Former speaker of the US House of Representatives Newt Gringrich tweeted that Palmer should be jailed.

Betty McCollum, a Democrat member of Congress who represents Minnesota, called on the US Fish and Wildlife Service and the Department of Justice to investigate whether the killing violated endangered species laws, according to the local Star Tribune.

Protesters placed animal toys outside Palmer’s River Duff dental practice in Bloomington, a suburb of Minneapolis. The practice was forced to close as protesters staged a recreation of the hunt involving cuddly toys and water pistols.