Posted by Debs Bru on Saturday, 12 December 2015 in Climate Change

How will the COP21 accord be enforced? 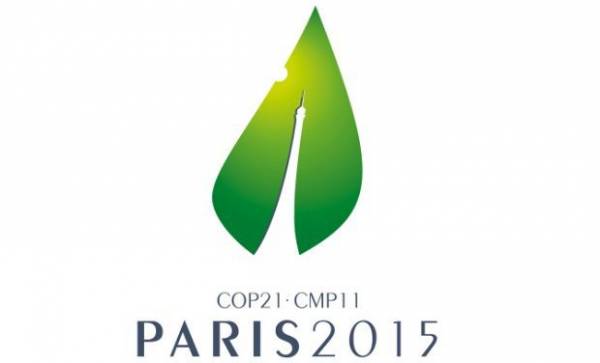 As the COP21 climate negotiations draw to a close in Paris, complicated questions remain about how the accord will be carried out over the coming years.

Negotiators from 195 countries seem close to hammering out a deal that could limit global warming to a maximum of 2° Celsius (3.6° Fahrenheit) over pre-Industrial Revolution levels. But while theCOP21 talks will produce an international treaty, debate continues about which parts of it will be legally binding.

“A lot of that language is still in brackets,” Naomi Ages, a Greenpeace representative at COP21, told FRANCE 24 on Friday. “The French presidency is in meetings all day today on that issue.”

Without clear legal language to guarantee enforcement of the accord, will COP21 prove any more effective than previous climate agreements?

“The negotiations are in the home stretch, but there are still some key issues to resolve that will be important in determining the effectiveness of the agreement,” Alex Hanafi, a Senior Attorney for theEnvironmental Defense Fund, told FRANCE 24.

Previous climate accords have foundered over issues of enforcement and monitoring. Though participating countries agreed in principle that they needed to cut the CO2 emissions responsible for global warming, talks broke down when it came time for developed and developing countries to agree on a way to enforce those cuts.

A history of missed opportunities

The Kyoto Protocol in 1997 produced an international treaty that was signed by 82 countries. But the Protocol never went into effect in full force. Major polluters like the US and Russia chose not to participate, while countries that didn’t meet their agreed-upon emissions reductions faced no sanctions.

At the 2009 Copenhagen accords, participating countries all agreed for the first time to put limits on their greenhouse gas emissions. But the meeting failed to produce a legally binding treaty.

Six years later, most countries still shy away from language that sounds like a binding promise to cut their CO2 emissions. US Secretary of State John Kerry warned the Financial Times in November that the US would not sign a "Kyoto-style" treaty, since any agreement that required new environmental legislation would be opposed by the Republican-controlled US Senate.

To try to cut down on wrangling over legal issues, negotiators decided this time that each country would volunteer its own commitment to cutting emissions. These pledges are known as Intended Nationally Determined Contributions, or INDCs.

The use of INDCs means that the COP21 agreement will not be a top-down treaty, but a self-determined accord.

In some ways, INDCs seem to be a success. By the start of the COP21 talks 150 countries had made pledges to reduce emissions, compared to just 37 at Kyoto in 1997.

“Countries are willing to step up and use (the INDC) system,” said Greenpeace representative Ages. “It’s the only system that would have worked when you get such a diverse body” of countries, she explained.

On the other hand, having a mosaic of emissions commitments will make monitoring complicated. “The sticking point is verification,” Alden Meyer, a representative for the Union of Concerned Scientists, told FRANCE 24. And he Environmental Defense Fund’s Hanafi said negotiators have yet to “lock in a solid legal framework for monitoring and reviewing progress".

In the coming years, countries are expected to submit updates about meeting their emissions pledges to a UN-run committee. However, the members of that committee won’t be chosen until well after COP21 is over.

As with Kyoto, there will not be any sanctions or similar diplomatic punishment if a country falls short of of its pledge. Instead, public pressure will have to keep countries on course, explained Alden Meyer. Watchdog groups, the media, and the general public will have to closely monitor whether a government hits its emission commitments.

“If they’re falling short, everyone in the world will know it,” Meyer said. “They’ll have to publicly take whatever embarrassment comes along with that.”

Greenpeace's Ages agreed that “naming and shaming” would need to happen if a country doesn’t meet its INDC.

Negotiators in Paris are optimistic they will deliver a final draft of an accord on Saturday as they struggle through the final hours of COP21.

But even after negotiators go home, the true work of translating their words into climate-saving action is far from finished.