Posted by Angel on Monday, 11 June 2012 in Sustainable Development

A Call to Preserve Biodiversity in Rio 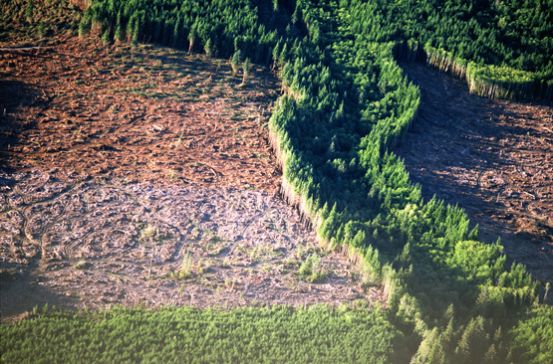 An estimated 9 million species of living things inhabit the Earth — plants, animals, fungi and micro-organisms such as algae and bacteria. But those species are disappearing at an alarming rate, and this loss of biodiversity appears to be a major driver of environmental changes that can affect the biological and chemical processes that humans rely on, according to a new paper in the journal Nature.

“No one can agree on what exactly will happen when an ecosystem loses a species, but most of us agree that it’s not going to be good. And we agree that if ecosystems lose most of their species, it will be a disaster,” said Shahid Naeem of Columbia University, who was one of 17 scientists from around the world who worked on the paper, a review of 20 years of ecological research published this week.

The 7 billion people living on the planet now depend on those ecosystems, and the diverse array of life that comprise them, for our own existence: for food, water, fertile soil, fuel, clean air and protection from pests and disease. The ways that those organisms absorb, utilize and recycle nutrients also play a key role in our climate.

The paper comes 20 years after the first earth summit in Rio de Janeiro, where a majority of the world’s nations recognized that human activity was “dismantling the Earth’s ecosystems, eliminating genes, species and biological traits at an alarming rate,” the authors note. The 1992 Earth Summit in Rio resulted in 193 nations supporting the Convention on Biological Diversity’s goals of biodiversity conservation and the sustainable use of natural resources.

The summit spurred a flood of research into ecosystems and biodiversity. From that work, the authors say, strong scientific evidence has emerged showing that loss of the world’s biological diversity reduces the productivity and sustainability of natural ecosystems.

“Twenty years and a thousand studies later, what the world thought was true in Rio in 1992 has finally been proven: Biodiversity underpins our ability to achieve sustainable development,” said Naeem, who is chairman of the Department of Ecology, Evolution and Environmental Biology at Columbia and director of science for the Earth institute’s Center for Environmental Research and Conservation.

In just two weeks, representatives from national governments, civil society groups, businesses and other organizations from around the world will gather in Rio again, for Rio+20, the United Nations Conference on Sustainable Development, to try to hammer out new goals for economic development, the eradication of extreme poverty and environmental protection. The Nature paper’s authors say biodiversity should be high up on the agenda.

“Much as the consensus statements by doctors led to public warnings that tobacco use is harmful to your health, this [paper] is a consensus statement by experts who agree that loss of Earth’s wild species will be harmful to the world’s ecosystems and may harm society by reducing ecosystem services that are essential to human health and prosperity,” said, Bradley Cardinale, an associate professor at the University of Michigan who led the review.

Human actions — such as deforestation, overfishing, industrial-scale agriculture and urban development — are dismantling Earth’s natural ecosystems, resulting in species extinctions at rates several orders of magnitude faster than observed in the fossil record.

Even so, there’s still time – if the nations of the world make biodiversity preservation an international priority – to conserve much of the remaining variety of life and to restore much of what’s been lost, according to Cardinale and his colleagues.

Two other papers in Nature this week look at the topic from different perspectives: