Posted by Wolf on Friday, 15 June 2012 in Lakes/Rivers/Wetlands

5 Most At-Risk Rivers in the World 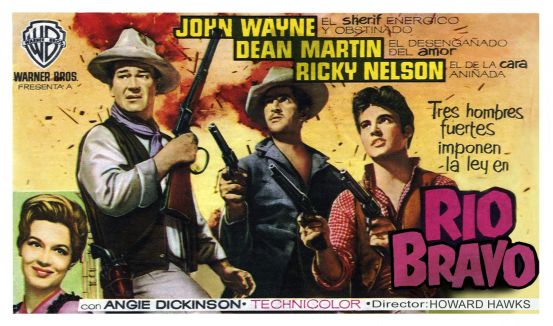 It is often said that life began on a river bed. It's no surprise that, still today, the world's rivers make up some of the most fundamental sources of fresh water and habitats for life of all kinds. Unfortunately, some of the largest and most highly-needed rivers are under attack from environmental threats that have already caused potentially fatal disruption. That's why the WWF, World Wide Fund for Nature, compiled a list of some of the most threatened rivers in the world. Based on the results of international assessments, the WWF based their list on six of the most significant threats to rivers: dams and infrastructure, excessive water extraction, climate change, invasive species, over-fishing, and pollution. They singled out rivers that are either already suffering the most as a result of any or all of these threats or are in line to be heavily impacted:

The Salween river basin is the second largest in Southeast Asia and runs, starting along the Southwest edge of China, from the northern edge of India, past Myanmar, Laos, and Thailand, eventually spilling into the Bay of Bengal and Indian Ocean. According to the WWF, 6 million people depend on the Salween to make a living and find sources of protein and nutrient rich food. It contains the most diverse population of turtles in the world. The river is currently being threatened by Chinese plans to build 13 hydropower dams along the main stem, which would drastically alter the free flow of the water, and turn the river into a series of small channels and reservoirs.

The Danube has river beds in more countries than any other river in the world. It crosses from Germany and touches Albania, Austria, Bosnia, Herzegovina, Bulgaria, Croatia, Czech Republic, Germany, Hungary, Italy, Macedonia, Moldova, Poland, Romania, Serbia, Montenegro, Slovakia, Switzerland and Ukraine. It is a source for fishing, agriculture, industry, transportation and power generation for many of these countries. It is home to seven species of fish that have never been seen anywhere else in the world. The Danube is now threatened by alterations to its natural water flow and habitat due to navigation infrastructure projects, pollution and invasive species.

The La Plata crosses Paraguay, Brazil, Argentina, Uruguay and Bolivia and is the second largest river in South America. The river is home to over 350 species of fish and contributes to the largest freshwater wetland in the world, the La Plata Pantanal wetlands. The wetlands are home to 650 bird species, 1,600 species of flowering plants, and more than 80 species of mammals, including jaguars, tapirs and ocelots. The most imminent threat to the La Plata is the construction of dams and navigation infrastructure. The area has already experienced major flooding after the construction of the Itaipu Dam, which is the largest in the world, and, according to WWF, there are plans for 27 more dams.

The Rio Grande is the second longest river in the United States. It runs from the mountains of Colorado, to New Mexico, and then along the border of Texas and Mexico, eventually spilling out into the Gulf of Mexico. The key economic activity associated with the river is agriculture, with water supplies used for farming, dairies and livestock. Right now the river is in a dire threat of disruption by water infrastructure, such as dams and water extraction, salinization, and invasive species.

The Ganges river flows from the Himalayas, through Nepal, India, China, and Bangladesh, and then into the Bay of Bengal. It is home to 140 species of fish, 90 species of amphibians, and creates a habitat for birds found nowhere else in the world. The major threat to the Ganges is water withdrawal. Barrages in India extract and control the flow of the river, and there are already 14 more dams proposed to be built along the river as of 2004.