Posted by Coverdale on Thursday, 15 June 2017 in Air Quality 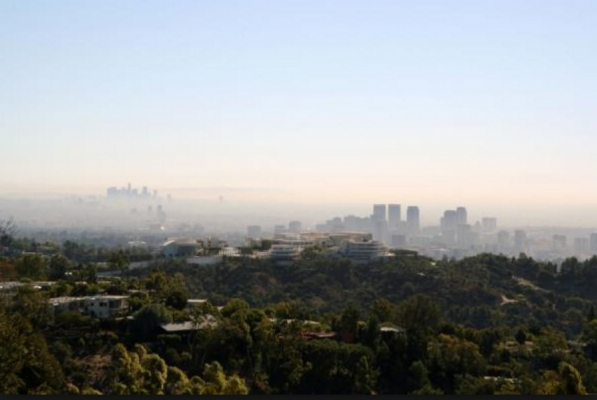 The Environmental Protection Agency has proposed delaying a federal air pollution rule for two years, despite acknowledging that children will be disproportionately harmed by the decision.

The regulator plans to suspend standards aimed at preventing leaks from the oil and gas industry while it reconsiders the rule, which was introduced in June 2016 under Barack Obama’s administration.

In its announcement of the proposed stay, the EPA said it “believes that the environmental health or safety risk addressed by this action may have a disproportionate effect on children.”

The EPA said, however, that any harm to children would last only for a “limited” time. “Any impacts on children’s health caused by the delay in the rule will be limited, because the length of the proposed stay is limited. The agency therefore believes it is more appropriate to consider the impact on children’s health in the context of any substantive changes proposed as part of reconsideration.”

The EPA said it had received petitions from “interested parties” to reconsider the rule, which is designed to reduce methane, a powerful greenhouse gas, and emissions that can cause smog. Oil and gas companies are required to monitor and plug any leaks from well sites and compressor stations under the regulation.

Environmental groups castigated the EPA over the delay, saying children would be at heightened risk from cancer-forming pollutants such as benzene if the rule were lifted. The regulation applies to about 18,000 oil and gas facilities in 22 states.

“It is unconscionable that this unprecedented loophole for oil and gas pollution will increase dangerous smog, methane, and cancer-causing benzene when commonsense solutions are at hand,” said Peter Zalzal, lead attorney at the Environmental Defense Fund (EDF).

“Every day that these clean air safeguards are delayed, thousands of oil and gas wells across the country will emit dangerous pollution in the air, harming the health of our children.”

The EDF, along with other green groups, is already suing the EPA over its decision last week to delay the oil and gas standards for three months. This delay is now set to stretch to 2019, following a period of public comment and a final EPA decision.

“This isn’t simply mean-spirited, it’s a deliberate attempt to benefit the oil and gas industry at the expense of our public health,” said Joanne Spalding, chief climate counsel at the Sierra Club. “Delaying the implementation of the standards last week was illegal and extending that 90-day stay to two years is equally invalid.”

The proposed delay is the latest in a string of decisions by the EPA administrator Scott Pruitt to either halt or scrap pollution rules, often following requests from fossil fuel companies. Pruitt has said that “regulations need to be regular” and has warned of the economic cost of environmental rules upon sectors such as coal.

In April, Pruitt paused an Obama-era regulation that prevents the dumping of toxic materials such as arsenic and mercury into public waterways.

He has also sidelined emissions standards for landfill sites, given states more time to come up with a plan to combat ozone pollution and withdrawn a request that oil and gas operators produce information on emissions from drilling sites.