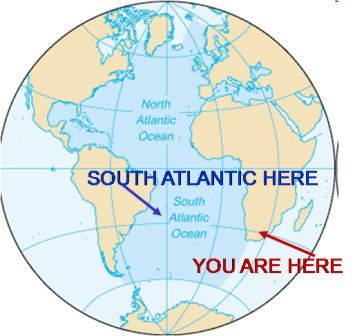 More research and better policies are needed to protect the world's most vulnerable seas, lying off the coast of West Africa and the Caribbean, local experts have toldSciDev.Net.

The two regions have some of the world's unhealthiest seas, according to a new index that assessed the health of seas and their benefits to livelihoods. Its methodology was published inNature last month (15 August).

The index rates seas in ten categories or 'goals', including water cleanliness, support for coastal livelihoods and economies, and food provision. It also assesses the state of coastal protection and biodiversity, seas' capacity for artisanal fishing, carbon storage and tourism, and the provision of natural products.

The study examined the overall condition of 171 exclusive economic zones (EEZs), UN prescribed 'sea zones' stretching 200 miles off-shore, over which states have rights of exploration and resource use.

Sierra Leone was ranked last, followed by Liberia, the Democratic Republic of Congo, Côte d'Ivoire, and Guinea-Bissau; and Nicaragua, Haiti, Dominica, El Salvador and Honduras are all among the bottom 25.

Ben Halpern, the study's lead author and director of the US-based Center for Marine Assessment and Planning, told SciDev.Net thatWest African countries "could substantially improve overall ocean health by improving each of the goals".

Elvis Nyarko, head of the marine and fisheries sciences department at the University of Ghana, told SciDev.Net that West African countries currently only pay lip service to scientific research. The region needs more "funding for marine-related research [...] so that more information can be gathered to better manage the coastal system," he said.

Edward Obodai, an associate professor at the University of the Cape Coast, Ghana, told SciDev.Net that West African governments need to fund marine-related research and programmes for the education of location fishermen.

He suggested that a forum for stakeholders — bringing together universities, fisheries commissions, researchers, and fishermen — could help define key issues and the actions needed for long-term ocean protection.

Alida Spadafora, executive director of the National Association for the Conservation of Nature (ANCON), in Panama, told SciDev.Net: "Almost all [Caribbean] countries have regulations related to the conservation of marine and coastal areas but [they] are not enforced. Regulations must be reviewed, and [governments] must ensure the inclusion of environmental aspects andclimate change in development plans."

Spadafora blamed the Caribbean's low ranking on tourism, saying it had "led to pollution and the disturbance of marine ecosystems, especially those [that are] more vulnerable, such as coral reefs — which are home to economically important fish stocks".

But she added that hurricanes and storms are also responsible for causing "enormous" damage to Caribbean reefs and marine ecosystems.

Jorge Cortés Núñez, a researcher at the Center for Research in Marine Sciences and Limnology, Costa Rica, puts poor regional performance down to factors including water pollution, population growth, marine resource overexploitation, and the dearth of scientific research.

The region "must [...] adopt a long-term vision to manage marine environments and resources," he said.

Earlier this month (7 September), the International Union for Conservation of Nature published a report stating that urgent measures, such as limiting pollution and regulating fishing, must be taken to protect the region's increasingly vulnerable reefs.