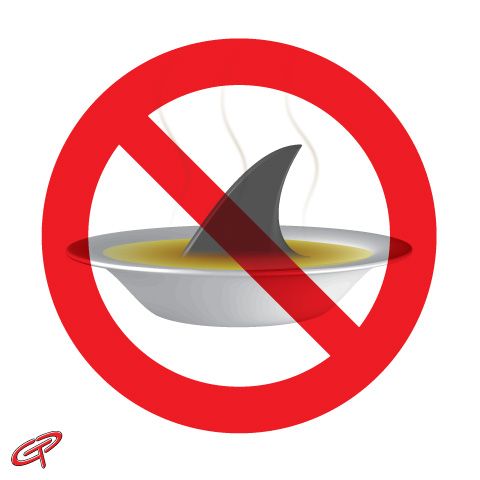 State lawmakers on Monday proposed to outlaw the possession, sale and distribution of shark fins that are used in traditional soup, saying it will help protect the fish from extinction, but opponents called it an attack on Chinese culture.

Democratic Assemblymen Paul Fong of Sunnyvale and Jared Huffman of San Rafael introduced the legislation with support from environmental groups including the  Natural Resources Defense Council.

"Used in shark fin soup, their collection involves discarding the rest of the shark’s body at sea, using only 2-5% of the animal and costing 26-73 million sharks their lives every year," said Kate Slusark, a spokeswoman for the NRDC.

Sen. Leland Yee (D-San Francisco) and several Chinese-restaurant owners, however, announced they will fight the bill, AB 376. Yee said he is concerned about overfishing of sharks and supports federal law that bans the practice of killing sharks only for their fins.

"However, the proposed state law to ban all shark fins from consumption -- regardless of species or how they were fished or harvested -- is the wrong approach and an unfair attack on Asian culture and cuisine," Yee said in a statement. "Some sharks are well-populated and many can and should be sustainably fished."

The senator, who is a candidate for mayor of San Francisco, said the new bill is "just the latest assault on Asian cultural cuisine." He noted that he recently opposed a state proposal to ban the consumption of some frogs and turtles.