Posted by henryfool on Thursday, 21 April 2011 in Sustainable Development

As omens go, dead birds raining from the sky can be seen as pretty predictive of grim times environmentally.

Catastrophic, even. And the seers would have been right. A volcano darkened the skies of Europe. Crude oil spread its foul sheen over the Gulf. Ice caps and glaciers continued to retreat. A tsunami opened up a tide of radiation in Japan.
Plague of frogs? Well, they're still dying off at an alarming rate worldwide. So Earth Day this year, 41 years since the first, seems "double, double, toil and trouble" to many. 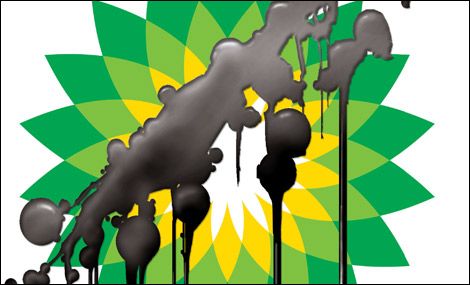 It takes careful peering through the fumes to discern the bright spots, yet they're there: cleaner air, better gas mileage, new regulations against mercury pollution, more people trying to green up their lifestyles and more.

One thing that is predictable this anniversary, however, is the boiling ideological fight over environmental regulations.
Congress is fighting over the Environmental Protection Agency, with small-government types attempting to curtail the EPA's charter. The battle lines are the same ones: too much regulation of industries is a jobs killer vs. too much pollution is a people killer.

"We need to get our financial house in order and become solvent again," said Myron Ebell, director of energy and environment for the Competitive Enterprise Institute, a nonprofit think tank. "We have to have a growing economy first.

"A clean environment depends upon having the wealth to take care of the environment. We are not going to have that wealth with some of these out-of-control regulations."

To Tyson Slocum, director of the Public Citizen's energy program, "It is a disappointing state of affairs where we are having a debate about whether or not America's public health and environmental laws are a benefit or not.

"I think there has been a real systematic campaign to demonize the success of regulations in protecting health and public safety."

Some saw a bad portent in the departure of Carol Browner, the former Clinton EPA head and President Barack Obama's energy and climate "czar" in January.

That was the month the House was taken over by Republicans, including many tea party freshmen, no friends of government rules or spending.

Ever since, environmentalists, remembering how Obama stepped up fuel efficiency and smog emission rules, hope to just hold on to past wins. "Cap-and-trade" legislation is now just a dream for them.

Browner's position was eliminated, a largely symbolic act by the White House, but the junking of a new climate data office at the National Oceanic and Atmospheric Administration, some moan, was not.

Conservatives also went after what they see as a "rogue" EPA. Senate Democrats blocked stripping the agency of its power to regulate greenhouse gas emissions under the Clean Air Act, to enforce new fuel economy rules or to deny permits for mountain-top-removal mining.

Stalled on those fronts, Republicans removed $1.6 billion from the EPA's budget and lifted the endangered species protection from gray wolves in the northern Rockies.

Gallup polls on global warming still find a majority of Americans believe the climate is changing. Less than half of those calling themselves conservative agree.

"There are climate change deniers in Congress and when the economy gets tough, sometimes environmental issues drop from people's radar screens," Obama recently said.

A Wall Street Journal editorial Thursday, however, jabbed the United Nations for quietly submerging its map of "Fifty Million climate refugees by 2010." Noting the prediction has not come true, the newspaper asked "whether the climateers have ever taken the public's intelligence seriously."

Last April, Eyjafjallajokull launched its ash more than 30,000 feet up, the cloud closing most of Europe's airspace. Farmers were warned to not let livestock drink from streams because of the ash pollution.

The crater since has calmed, and Iceland is a tourism hotbed for volcano watchers.

But few of the last year's disasters ended as well, especially those man-made. But they've reawakened a need for environmental regulations and research, according to Melinda Pierce, a Sierra Club lobbyist.

"People all over the world are taking notice, be it fires in the west, or epic flooding, the unnatural changes in the environment, but also the large catastrophic events," Pierce said.

"The most interesting development of last year is the extraordinary event in the Gulf. The public paid attention and the media paid attention for weeks and months. But what is Congress doing?"

Today, news organizations are rolling out their one-year-later stories about how many still haven't been compensated by BP. In a newly minted video, BP says it is "making it right," but experts say much of the oil is still on the ocean floor. Birds and dolphins are still dying, and marshes still have oil slicks.

Gulf lawmakers complain, meantime, about slowness by the administration in issuing new deep-water drilling permits.
Slocum with Public Citizen called the BP blow-out a case study in how industry lobbying drives the regulatory process instead of public protection.

"The regulatory and legislative process should be cooperative but it shouldn't be co-opted," he said. "Last week the House's natural resources committee passed a bill that would actually roll back regulations over off-shore drilling."
Ebell's take?

"We have had some environmental challenges and some other issues that I think are less serious or less real," said the climate change skeptic.

"Obviously the Gulf oil spill showed that even in the most technological sophisticated industry, we need to do more to plan for those accidents."

Better emergency plans should have been in place, he said - but emergency plans don't require new legislation.
U.N. Secretary-General Ban Ki-moon called this week for better planning not far from Chernobyl. Acknowledging the growth of nuclear power plants as inevitable in an energy-hungry world, he said nations must prepare for more accidents on the scale of Japan's.

"The record requires us to ask painful questions: Have we correctly calculated its risks and costs? Are we doing all we can to keep the world's people safe?" Ban said.

Any stirring in the U.S. nuclear energy sector after a three-decade hiatus from the Three-Mile Island incident would now seem smothered.

"It's funny when Three-Mile Island put the nuclear energy out of business that wasn't even a disaster," Ebell said. "That was a public relations effort by environmental groups to portray it as such. So having a real disaster, it's hard to say how long we are going to set the nuclear industry back. It could be a century."

With two energy sources getting black eyes, many point to natural gas, billed as the clean energy that will break our addiction for fossil fuels.

But now, studies say that methane, a greenhouse gas and the chief component of natural gas, is escaping at a much faster rate than anyone realized.

Add to that fresh concern over hydraulic fracturing or "fracking" techniques - that is, pumping chemicals and water deep underground to release gas deposits.

"We have a lot of natural gas here in this country," Obama said recently. "The problem is, is that extracting it from the ground, the technologies aren't as developed as we'd like and so there are some concerns that it might create pollution in our groundwater. So we've got to make sure that if we're going to do it, we do it in a way that doesn't poison people."

Ebell calls hydraulic fracturing "a really bogus issue." Nobody ever noticed that it was contaminating groundwater. Only very recently did people start saying it's a disaster. There is really no evidence."

Environmentalists can appreciate gains on some fronts:
Negotiations are under way at the World Trade Organization on new rules on fisheries subsidies, which should discourage some of the overfishing of the seas.

Electric cars and trucks are being seen more and more in the streets.

The demand for electric power is not rising as fast as once predicted, as society and industry look for ever more efficiencies.

Yes, the air is much cleaner now than at the birth of the green movement - but not yet pure enough, doctors say.

And those red-winged blackbirds that plunged dead over Beebe, Ark.?

Scientists studied their innards and know for sure it wasn't poison. Some think the flock was hit by lightning or high-altitude hail.

Just a bit of bad luck, it seems, in a world seemingly full of ecological bad tidings.