Posted by addison on Tuesday, 22 January 2013 in Climate Change

Global Warming or US Warming? 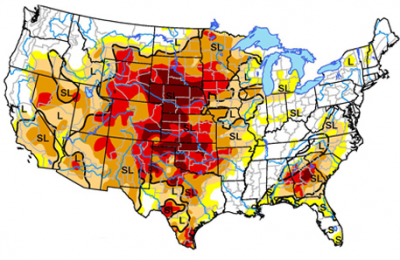 The Ashville, North Carolina-based National Climatic Data Center says the continental United States had a national average of just over 57 degrees between January and November. While that is 3.3 degrees higher than the long-term average, it is only one degree above the soon-to-be-outdated record year of 1934.

Moreover, U.S. weather records date back to only 1895, 119 years after the founders signed the Declaration of Independence. Meanwhile, temperature recordings predate the colonies by centuries.

Regardless, global climate data is due to be out next week, and global-warming alarmists have been touting this year's weather in the U.S., including Hurricane Sandy, as proof of global warming.

Marc Morano of the climate-change skeptic organization Climate Depot points out that global warming would have to be represented by much more than just the weather in the U.S.

"The continental U.S., which is what they're talking about, is less than two percent of the earth's surface," he says. "I don't know where it's going to drop in, but we've had no global warming, according to the database in the UK Meteorological Office, for 16 years. The same time we were having our heat wave in July, South Africa was having record cold."

Morano says no one has pointed to South Africa's weather and claimed the earth is facing global cooling. 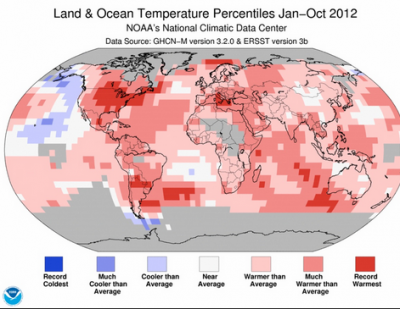