Posted by greenmonkey on Saturday, 23 February 2013 in Climate Change 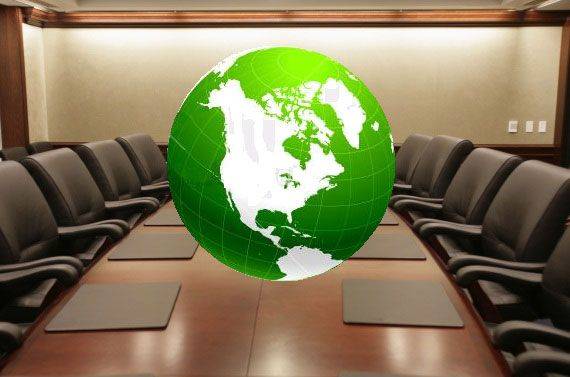 A Harvard researcher is pointing toward a new reason to worry about the effects of climate change — national security.

During the next decade, the report concludes, climate change could have wide-reaching effects on everything from food, water, and energy supplies to critical infrastructure and economic security.

The study was conducted with funds provided by the Central Intelligence Agency. Any opinions, findings, conclusions, or recommendations expressed in this material are those of the authors and do not necessarily reflect the view of the CIA or the U.S. Government.

“Over the last century, the trend has been toward urbanization – to concentrate people in smaller areas,” McElroy said. “We've built an infrastructure – whether it's where we build our homes or where we put our roads and bridges – that fits with that trend. If the weather pattern suddenly changes in a serious way, it could create very large problems. Bridges may be in the wrong place, or sea walls may not be high enough.”

Possible effects on critical infrastructure, however, only scratch the surface of the security concerns.

On an international scale, the report points to recent events, such as flooding in Pakistan and sustained drought in eastern Africa, that may be tied to changing weather patterns.

How the United States responds to such disasters – whether by delivering humanitarian aid or through technical support – could affect security.

“By recognizing the immediacy of these risks, the U.S. Can enhance its own security and help other countries do a better job of preparing for and coping with near-term climate extremes,” Baker said.

The report suggests that climate changes could even have long-reaching political effects.

It's possible, McElroy said, that climate changes may have contributed to the uprisings of the Arab Spring by causing a rise in food prices, or that the extended drought in northern Mexico has contributed to political instability and a rise in drug trafficking in the region.

“We don't have definitive answers, but our report raises these questions, because what we are saying is that these conditions are likely to be more normal than they were in the past,” McElroy said. “There are also questions related to sea-level rise. The conventional wisdom is that sea level is rising by a small amount, but observations show it's rising about twice as fast as the models suggested. Could it actually go up by a large amount in a short period? I don't think you can rule that out.”