Posted by EarthDude on Wednesday, 10 April 2013 in Clean Technology

the winners in clean tech 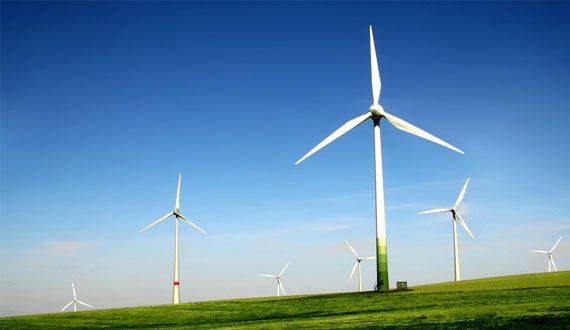 Two Midwest startups in the clean-tech sector walked away with $100,000 apiece in a one-day fast-pitch event before an audience and a panel of judges. Four others were awarded cash prices too.

Bearing Analytics was the grand-prize winner in the student category. The team from Purdue University developed an early warning system for companies with industrial bearings that alerts them of potential bearing failures before they happen. The patented program is intended to save energy and extend the life of the product being monitored.

Seventeen finalists in two different stages of company development gathered yesterday in the South Loop to make their short pitches to a panel of judges for significant funding opportunities in four categories. The third annual Clean Energy Challenge was run by the Clean Energy Trust, a Chicago-based public-private partnership that supports clean-energy startups in the Midwest through mentoring and other business development efforts. Judges included venture-capital investors, researchers, entrepreneurs and other investors. The two top cash prizes were funded by the U.S. Department of Energy's Office of Energy Efficiency and Renewable Energy.

A $50,000 cash prize was given to SmarterShade, an early-stage company that developed an automated shading tool for windows that can efficiently go from clear to dark to save energy and can be retrofitted to existing windows. The so-called Lakeside Prize was sponsored by McCaffery Interests, which is developing a 600-acre mixed-use community on the site of the former South Works steel mill in Chicago's South Shore.

The $10,000 renewable-energy prize was awarded to SkySpecs LLC, a student-led group from the University of Michigan that came up with a lightweight, modular system of unmanned aerial vehicles intended to improve site inspections and infrastructure efficiencies. The award is sponsored by Invenergy LLC, a Chicago-based wind energy firm headed by Michael Polsky, one of Clean Energy Trust's founding board members.

A last-minute prize of $10,000 went to a company run by two bird enthusiasts. The judges were so impressed with the passion, novelty and pitch of the presentation from the leaders of Ornicept that they dug into their own personal pockets to pool their cash for the impromptu award, announced Amy Francetic, CET's executive director. Ornicept, of Ann Arbor, Mich., created a software product that digitally captures data on birds in the field for wind energy companies and others.