Posted by amandaevans on Tuesday, 30 July 2013 in Wildlife Conservation 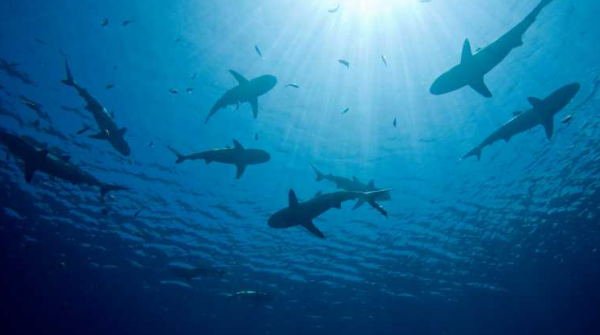 Due to depleting shark populations and the inhumane nature of finning, New York state has passed legislation to ban citizens from trading shark fins. Shark fins are a luxury of Chinese cuisine, but are attained through inhumane means. Environmental groups said the absence of sharks from food chains causes other fish to overpopulate.

New York is banning trade in shark fins starting next summer in an effort to protect the marine predators. The fins are used in soup popular in Chinese cuisine, and New York is home to one of the nation's largest Chinatowns. An estimated 73 million sharks are killed worldwide to meet the market demand, said Gov. Andrew Cuomo, who signed the law Friday.

So-called "finning" of sharks -- catching them, cutting off their fins and returning them to the water to die -- is already illegal in U.S. and New York coastal waters. New York also prohibits sport fishing for many shark species.

"Not only is the process inhumane, but it also affects the natural balance of the oceanic ecosystem," Cuomo said.

The law takes effect July 1. It accommodates some demand by allowing the sale of fins from two species of dogfish, considered the most abundant shark in the North Atlantic.

"It would be stronger without the exception, but it will protect the vast majority of sharks," said Patrick Kwan of the Humane Society of the United States. Shark fins are considered a luxury cuisine item and most cooks don't use dogfish, he said.

Some restaurateurs in Manhattan's Chinatown said they have been phasing out shark fin soup since other states began banning the traditional delicacy.

"We don't use very much shark fin right now," said Tony Chen manager of Grand Harmony Palace. "Not that many people ask for it."

Chen said that's partly because the soup is so expensive -- at least $80 for a small bowl -- and partly because shark fin has been difficult to procure since California and other West Coast states banned it.

Up the street at Ping's seafood, waiter Ricky Tsoi said his restaurant stopped offering shark fin soup in May. He said most diners recognize the need to protect sharks, but some still ask for the soup.

"They miss it," Tsoi said. "In Chinese culture, shark fin soup is good."

Environmental groups said the absence of sharks from food chains causes other fish to overpopulate, which can damage ocean ecosystems.

"Finally some respite for beleaguered shark populations," said Peter Knights, executive director of the international group WildAid. "New York is the last major market for shark fin in the U.S. to close and this encourages China, which has banned shark fin from state banquets, to take further action to reduce demand for shark fin."

"We will follow the law," How said. "If we don't have shark fin we will use something else. Maybe put in more fresh seafood, like crab."