Posted by plantitfilm on Tuesday, 06 August 2013 in Water Conservation

Will EPA Protect Our Families From Toxic Coal Water Pollution 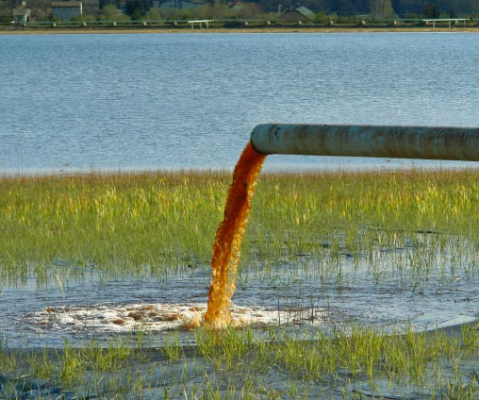 In 1982, complying with a federal court order stemming from a lawsuit filed by environmentalists, the U.S. Environmental Protection Agency, finally issued regulations governing toxic pollution discharges under the 1972 Clean Water Act. Industry polluters had used political clout to delay those regulations for a decade. But even as EPA was promulgating maximum standards for every other industry that year, powerful operatives for the big utilities and King Coal were able to persuade Ronald Reagan's EPA to omit prohibitions on the worst sources of toxic water pollution in America -- the poisoned flows from waste lagoons and coal ash piles at power plants. As a result of these interventions, EPA's 1982 guidelines allow coal plants to flush millions of pounds of poisonous heavy metals from toxic ash piles and waste impoundments into rivers and streams every year with virtually no federal limits. In fact, coal-fired power plants and the coal ash they leave behind are responsible for over one half of all toxic water pollution in the U.S., out-dumping the next nine industries combined including chemical and paper plants and refineries. According to the EPA, some 267 coal plants have contaminated 23,000 miles of waterways with an often lethal alphabet soup of toxins including arsenic, boron, cadmium, chromium, copper, mercury, and selenium to name a few. Every year, coal generators vomit 80,000 pounds of arsenic and 65,000 pounds of lead into American waterways.

The lack of federal regulations puts the burden on states to regulate coal ash toxins, but coal and utility lobbyists are even more adept at dominating state political landscapes. According to data in a new report from the Sierra Club, Waterkeeper Alliance, Earthjustice, Environmental Integrity Project, and Clean Water Action, the states are doing next to nothing to protect our families from King Coal's water pollution. And as coal plants are required to finally clean up their toxic air emissions, toxins that are being scrubbed from our smokestacks are now ending up in the water instead. According to the EPA's estimates, as more power plants comply with new air safeguards, this toxic wastewater stream will increase by 28 percent over the next 15 years.

The good news is that after three decades, the EPA -- in compliance with yet another (2009) lawsuit brought by environmental groups -- has finally proposed new guidelines that would limit toxic discharges from coal-fired power plants into waterways. Power plant operators can easily afford these new guidelines without any significant disruption to electricity prices or reliability. Indeed, many plants already employ these protocols. Unfortunately, coal and utility lobbyists have once more polluted the democratic process. Draft copies of the EPA's proposed standards show that after EPA scientists and economists developed new science based regulations last year, the White House Office of Management and Budget (OMB) -- a sock puppet for King Coal and the coal fired electric generators -- took the unusual step of writing three weaker options into the draft prepared by EPA experts, while barring EPA from focusing on stronger choices that it had preferred. Those OMB options will effectively allow America's filthiest power plants to go on polluting unabated.

Coal plant pollution is not a victimless crime. Americans who drink the polluted water or eat contaminated fish can suffer lowered IQs, cancer, and an inventory of other devastating health problems. Because the EPA hasn't acted for the last 31years, Waterkeeper Alliance, our local Waterkeepers, Sierra Club and other partner organizations have taken legal action to stop illegal contamination of groundwater and surface water at several coal-fired power plants. Unfortunately, the lack of regulations makes it hard to protect the public.

EPA should discard OMB's bloodless proposals and adopt the strongest standard (known as "Option 5") to protect our families and our waterways. Option 5 wisely requires power plants to dry their coal ash waste and dispose of it in landfills, with zero liquid discharges. There is a serious risk, however, that the EPA will cave to intense industry pressure to weaken the standards, allowing much of this pollution to continue indefinitely. The White House should let the scientists at EPA devise science-based regulations without interference from OMB bureaucrats.

The Clean Water Act is one of our nation's greatest statutory achievements. Thanks to this landmark legislation, our rivers are no longer catching on fire, and our waterways are safer and healthier than they were decades ago. But 40 years after the Act was passed, the coal industry is still polluting with impunity, thanks to a loophole that no other industry enjoys.

We have suffered enough coal industry abuses -- from the destruction of mountains to the poisoning of our air and water to the cataclysmic discharges of carbon that have brought us to the brink of climate chaos Armageddon. It's time for the coal barons to obey the laws that apply to every other American and eliminate industry's toxic discharges altogether.