Posted by amandaevans on Tuesday, 27 August 2013 in General Environment 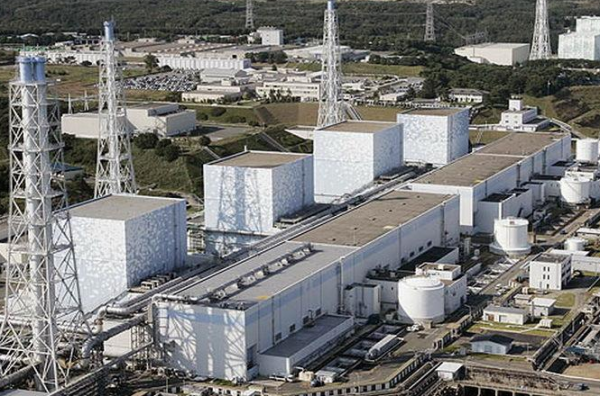 “We’ve allowed Tokyo Electric to deal with the contaminated water situation on its own and they’ve essentially turned it into a game of ‘Whack-a-Mole,’” Trade Minister Toshimitsu Motegi told reporters today at Fukushima. “From now on, the government will move to the forefront.”

Japan’s Ministry of Economy, Trade and Industry, which is led by Motegi, “is working to draw up, by some time in September, both emergency measures and more fundamental steps to eliminate the roots of the contaminated water problem, as well as measures to be carried out going forward,” the Prime Minister’s office said in a response to written questions.

More than two years after the March 2011 nuclear disaster,Tokyo Electric’s recovery effort has taken a turn for the worse. Japan’s nuclear regulator last week questioned the company’s ability to deal with the crisis, echoing comments earlier in the month by Prime Minister Shinzo Abe.

Motegi’s visit to the plant comes a week after a storage tank leaked 300 metric tons of highly radioactive water, which Japan’s nuclear regulator labeled a “serious incident” in its worst assessment of the problems at Fukushima since the earthquake and tsunami of 2011 caused reactors to melt down.

It’s now up to the government to lead management of the contaminated water building up in tanks at the plant at a rate of 400 tons a day, and leaking from underground tunnels into the ocean, Motegi said.

The trade minister ordered the utility known as Tepco to monitor its water storage tanks more frequently and replace the type that leaked, as well as “thoroughly” identify the risks of storing highly-contaminated water.

In its response to questions, the Prime Minister’s office said the trade ministry, which oversees the world’s biggest fleet of nuclear reactors outside the U.S. and France, will pump more “liquid glass” or sodium silicate into the ground as one measure to block the spread of contaminated water.

In addition to the leaky tank, Tepco has admitted that irradiated water is flowing into the Pacific Ocean, which the government estimates at 300 tons a day.

Other steps listed under the government’s emergency measures include removing contaminated water from trenches at the site and using a subterranean bypass to stop groundwater reaching the reactors, according to the Prime Minister’s office.

Measures under consideration for the next one to two years include fencing off the reactors with what would be the world’s longest underground “ice walls.”

These comprise coolant pipes, sunk as deep as 40 meters underground, to turn soil into permafrost. One wall would prevent water flowing from hillsides from coming into contact with reactors, the other would block radiated water from entering the ocean. The government is still working out how much this would cost, according to the Prime Minister’s office.

Motegi also gave Tepco until mid-September to restart a water filtration system known as Alps, which was taken off-line on Aug. 8 due to corrosion. The loss of Alps, one of two systems for filtering water used to cool reactor fuel, adds to the contamination levels of water in the plant’s storage tanks, hundreds of which may be susceptible to leaks. Alps is designed to strip out contaminants such as strontium, linked to bone cancer.

Tepco said today that it set up a headquarters to deal with the storage of contaminated water. The task force would be headed by President Naomi Hirose, the company said in a statement.

The tank that leaked had levels of beta radiation of 80 million becquerels per liter, including strontium, Tepco said on Aug. 20. That’s 8 million times the limit for drinking water under health ministry guidelines.

There are about 350 tanks of similar design to the leaky unit. Two others have had radioactive hot-spots detected on their seams. The Nuclear Regulation Authority has called the possibility of other tanks leaking the biggest concern at the Fukushima site.

An inspection of the leaking tank, which can hold 1,000 metric tons of irradiated water, was inconclusive, according to utility official Noriyuki Imaizumi on Aug. 24. Imaizumi said the tank had been built in a different location before earth subsidence forced it to be disassembled and moved to its current site. He said it isn’t known if this contributed to the leak.

The nuclear regulator is also concerned about hundreds of smaller tanks with a storage capacity of about 100 tons each, Shinji Kinjo, who leads a disaster task force formed by the agency, said today. Unlike the 1,000 ton-capacity tanks that hold most of the plant’s stored water, the smaller tanks aren’t surrounded by protective cement barriers. Last week’s leak reached the soil because a drainage valve on one such barrier was open.

Tepco’s monitoring of the storage tanks was inadequate and it failed to keep records of its inspections, Kinjo said.

The regulator rated the leak as a 3 on the 7-stage International Nuclear and Radiological Event Scale or INES, denoting a “serious incident.” That’s the highest-level accident since the March 2011 nuclear crisis itself.