Posted by Jrramos1337 on Tuesday, 25 November 2014 in Water Conservation 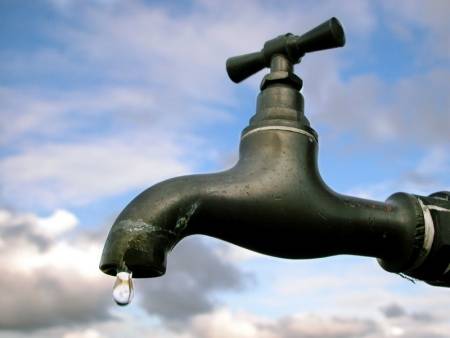 Colorado is looking for 163 billion gallons of water, and a long-awaited state plan for finding it calls for increased conservation, reusing treated wastewater and diverting more water from the Western Slope.

The plan, ordered by Gov. John Hickenlooper to deal with a massive projected water shortfall, is about to be unveiled. Rising demand from population growth and industry, if continued through 2050, threatens to leave 2.5 million people parched.

But water suppliers east and west of the Continental Divide are clashing over details that the draft plan does not specify.

Those on the water-poor east side, where Colorado's 5.3 million population is concentrated, prioritize diverting more western water under the mountains to sustain Front Range growth. Those on the west side oppose new diversions — and want this reflected in the plan.

The core problem, Kuhn said, is that "all the water within 50 miles of the Continental Divide is already spoken for."

If there's nothing more to divert, said Eric Wilkinson, manager of the Northern Colorado Water Conservancy District, one of the major Front Range suppliers, then irrigated agriculture will suffer.

Considering the importance of agriculture and food production, surely there's more water to be found, Wilkinson said — water that could be removed from the Colorado River Basin before it flows to California, Nevada and Arizona.

"It is smart to use the available resources that we have," Wilkinson said. "If you don't pursue all the alternatives, whatever you don't procure from conservation ... is going to come out of agriculture dry-up."

For 18 months, state planners have been trying to meld visions from eight river basins into the state plan.

The draft plan that the Colorado Water Conservation Board is expected to unveil by Dec. 10 does not specify where Western Slope water would be found. Instead, it focuses on building consensus among people in different river basins and offsetting environmental harm.

"There's going to have to be some quantum of water that comes from other basins," said CWCB director James Eklund. "Our history has been clashing over the Divide. The reality is the Western Slope is seeing available water in wet years for the Front Range to bring over. They are OK with that as long as there is mitigation or compensatory storage.

"To say there's no problem over water would be pretty myopic. But I definitely think this plan boiled down is about collaboration and balance. Most people I talk with, even in the intense water community, view themselves as Coloradans first and members of river basins second."

Every other state in the water-scarce West has produced a state water plan.

Colorado also stands out because it is the starting point for rivers, which carry 16 million acre-feet of water a year — two-thirds of it designated under court-enforced agreements to leave the state. (An acre-foot of water is generally believed to be enough for two families of four for a year.)

When Hickenlooper ordered creation of the state plan to deal with the projected  shortfall, he called further  dry-up of irrigated farmland unacceptable.

State water planners project a shortfall by 2050 of 163 billion gallons (about 500,000 acre-feet), which is enough to fill two Dillon Reservoirs, or double the amount used by the 1.3 million residents served by Denver Water.

State planners also estimate that, if population growth and industrial development continue at today's pace, the South Platte River Basin that contains metro Denver will lose up to 424,000 acres of irrigated farmland — 40 percent of the current agricultural base.

Colorado's challenge has been dealing with a difficult imbalance: 80 percent of water resources are concentrated on the west side of the Continental Divide where fewer than 20 percent of the people reside. Front Range water suppliers have relied on massive engineering projects using 24 pipelines and ditches that move 500,000 acre-feet of water a year — the size of the whole projected shortfall — west to east under the mountains.

Whether to try to divert more water looms as the most difficult issue.

Denver Water has been working  to move additional water it owns in the upper Colorado River Basin to an expanded reservoir west of Boulder. Beyond that project, utility officials "are not in the near future looking at any new trans-mountain diversion projects," said Denver Water manager Jim Lochhead, who previously served as director of natural resources for the state.

Lochhead views Colorado's projected shortfall in the context of climate-change impact on water around the West and legal obligations to deliver water to other states. An interstate agreement splits 15 million acre-feet of water presumed to be in the Colorado River between upper basin and lower basin states of Arizona, California and Nevada.

"Our ability to develop additional water projects from the Colorado River is dependent on the security of that supply," he said. "The problem is that we have an obligation to deliver to the lower basin a certain amount of water. So we get leftovers. And with climate change, the upper basin has to bear the hydrological risk of what is left over. We need a way to quantify that and work with the lower basin to provide security on how we are going to be sure we have that amount of water before we can move forward with any kind of big new project."

State officials held public hearings as required by lawmakers on the draft plan. They say they will hold more before finalizing the plan by December 2015.

"Our need to do this is now. We've seen sustained and systemic drought and record flooding," Eklund said. "We need to make sure we are as agile and forward-thinking as a state as we can be."