Posted by amir on Saturday, 12 December 2015 in Climate Change 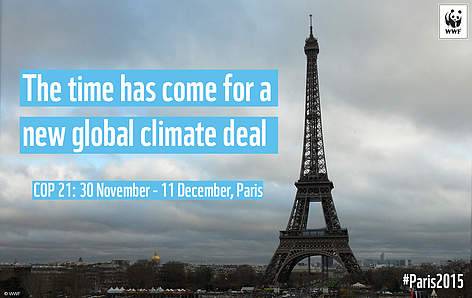 I’m over Greenland headed home to San Francisco and just got the news that a strong climate agreement has been reached back in Paris. Peeking out the window to see ice caps brought a tear to my eyes, when I realized they don’t actually have to melt.

We will share details on the agreement in the coming days. In the mean time here are some reactions from some NGOs who were official observers at the talks:

Kumi Naidoo, Executive Director, Greenpeace International:“The wheel of climate action turns slowly, but in Paris it has turned. This deal puts the fossil fuel industry on the wrong side of history.”

“It took hard work, grit and guts, but countries have finally united around a historic agreement that marks a turning point on the climate crisis. The Paris Agreement marks a new form of international cooperation – one where developed and developing countries are united by a common and fair framework. The agreement is both ambitious and powered by the voices of the most vulnerable.”

Michael Brune, Executive Director, Sierra Club:“The Paris agreement is a turning point for humanity. For the first time in history, the global community agreed to action that sets the foundation to help prevent the worst consequences of the climate crisis while embracing the opportunity to exponentially grow our clean energy economy.  Decisive leadership and action from President Obama and other world leaders, an increasingly powerful climate movement, and strong progress in the U.S. and globally to move off coal cleared the way for every nation to come to the table.”

Of course the text isn’t perfect (we’ll have details on that on Monday) and implementation will be the real challenge and there are many uncertainties to be sorted out. But for now let’s all enjoy a little hope and optimism.

Thank you, TriplePundit readers, and for supporting us! Your interest in topic of sustainability and business, and your ability to learn and share with your communities made a real impact in these talks. It was truly a global effort and we all deserve a pat on the back. Huzzah!

I’m off to hug my baby and think good thoughts about her future.