Posted by EarthDude on Wednesday, 25 April 2012 in Climate Change 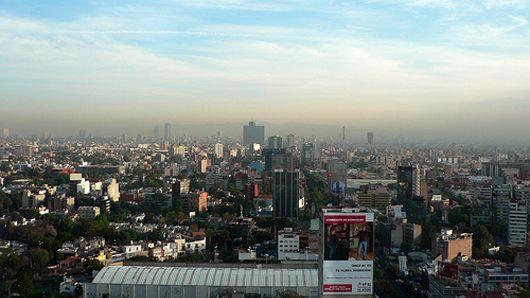 A law recently passed by the Mexican legislature will reduce emissions of carbon dioxide by 30 percent below business-as-usual levels by 2020, and by 50 percent below 2000 levels by 2050, reported Nature. By 2024, Mexico will also derive 35 percent of its electricity from renewable resources, according to the new law.

But some worry that enforcement of the laws may prove a challenge in Mexico, which is both the world's 11th largest economy and greenhouse gas emitter.

"We're very good at making laws. And then the problem is enforcing them," Juan Bezaury, a Mexican public policy expert with the Nature Conservancy, told Nature.

The nation also has the world's third-largest petroleum reserves, according to U.S.-based petroleum consultancy DeGolyer and MacNaughton, though El Universal reported that much of this reserve can’t be reached with today's technology.

Production has already dropped significantly in the last decade from the sole oil producer in Mexico, state-owned Petróleos Mexicanos. Moving to renewable fuels could hurt the coffers of the Mexican government.